Tiger Shroff recently released the Casanova Acoustic version on his Youtube channel. He announced the release of the song on Instagram with a snippet of the acoustic version. The video also features singer Raveena Mehta. Raveena Mehta’s songs like 'Yaadein", "Aaja Mere Naal", "Jab Tu Hai Waha" has been loved by the audience as the netizens found her voice to be very melodious.

Before the release of the song, Raveena stated, “It was such an honour to be able to work with Tiger. His work ethic, determination, vision and overall humility and kindness make it an absolutely beautiful experience. Avitesh introduced us in the studio, wherein we created a structure and recorded our vocals - the energy was incredible. It has been an unforgettable experience working with Tiger and a wonderful start to 2021.”

On asking Tiger about his experience of working with Raveena he said, "It was very inspiring working with an artist like Raveena. She is a very talented singer and singing with her only pushed me to do better. I am very thankful that I had an opportunity to work with her and it’s all thanks to our composer Avitesh for making a very fresh take on Casanova and making it a duet with a female artist like Raveena." Check out Tiger Shroff’s Instagram post below;

After Tiger Shroff’s Casanova song released he expressed his gratitude to his fans thanking them for supporting him and loving the song with a video message on Instagram. Casanova is the second single by Tiger Shroff. The snippet of Casanova acoustic version was loved by the fans and his comment section is filled with heart emojis. Actress Disha Patani also left some comments on the song. Read some of the comments below; 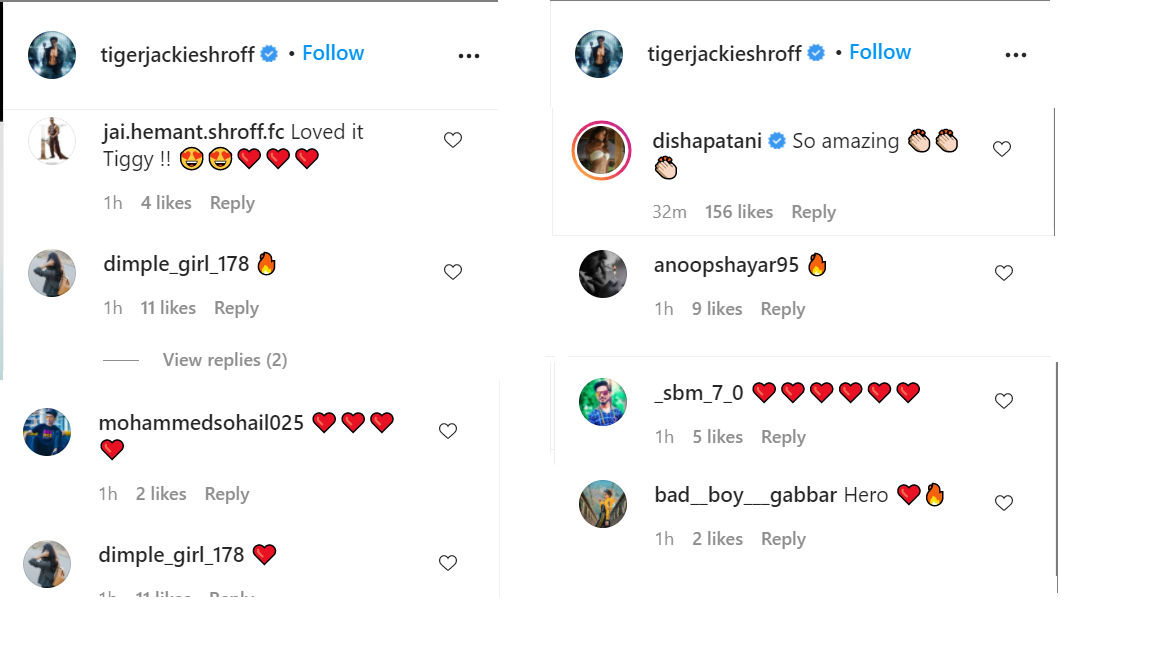 After the release of Baaghi 3, Tiger has been focusing on his music. Tiger Shroff's Casanova song released two weeks ago on Youtube. The song is about a man who is a Casanova before he sets his eye on a certain woman. In the official music video, we can see Tiger Shroff using his impeccable dancing moves to impress the girl.

On the movie front, Tiger will be soon seen in the Vikas Bahl movie Ganapath. Tiger's upcoming projects also include Heropanti 2 and the remake of Rambo. Check out the video of Tiger Shroff and Raveena Mehta's song here;

Also Read: Tiger Shroff Grooves To The Tunes Of 'Casanova', Fans Gush Over His Scintillating Moves