Tiger Shroff posted an old video of himself today where he could be seen executing backflips, somersaults and cartwheels like a professional.

Tiger Shroff recently posted an old video from his training days where he could be seen successfully executing backflips and a somersault consecutively. The Baaghi 3 actor is among the top few actors whose name comes to mind when one wants to take fitness inspiration from. Amid the lockdown, Tiger Shroff was seen posting workout videos on his social media and telling his fans how he misses his team, this time he revealed to his fans how hard his initial training days were.

The actor took to his Instagram and told his fans that he would puke after every session of the training he was undergoing as it was very uncomfortable for him and still gets dizzy watching the videos from his initial training days. In the video, Tiger Shroff has attempted backflips, then cartwheel and lastly, a somersault. Check out the video below.

In the video, the shots are taken from two days, the first footage is from his gym and the other one is on a beach where the progress is apparently seen. Reminiscing down memory lane, Tiger also said in the post that though the training days were tough and uncomfortable, the end results of it were worth the pain he went through. Moreover, the actor also used hashtags denoting practice makes progress.

Comments on the video

As soon as the actor posted the video, it started receiving responses from fans as well as other Bollywood celebrities. Check out their comments below. 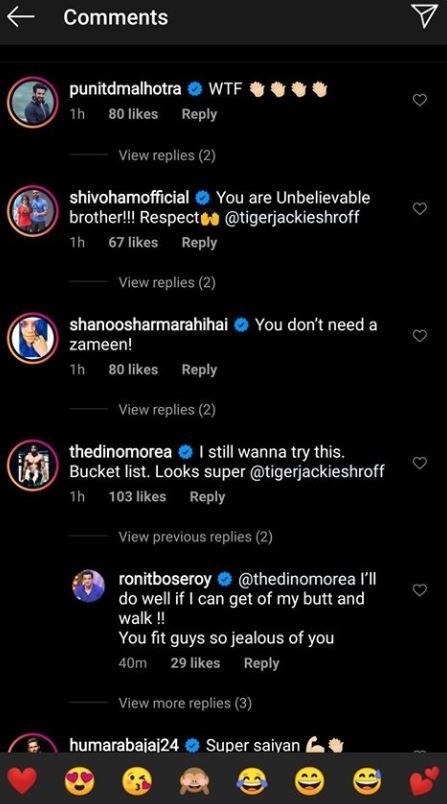 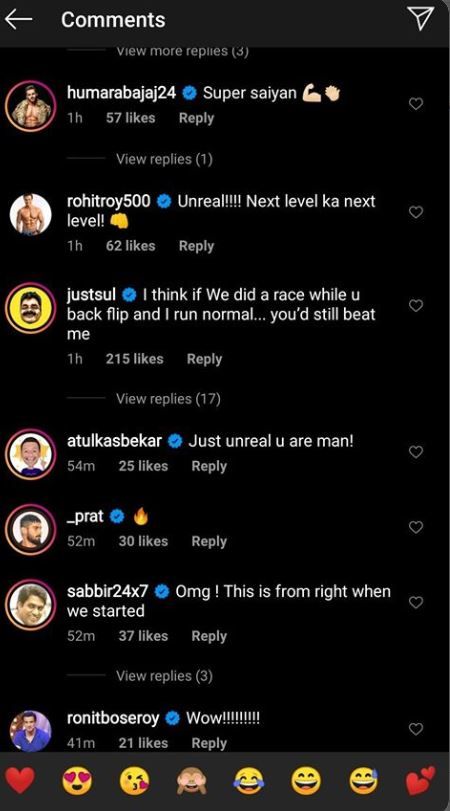 Read | Tiger Shroff As Modern Shaktimaan? Mukesh Khanna Does Not Seem To Be Convinced