Farhan Akhtar and his girlfriend Shibani Dandekar have walked the ramp a few times. Their pictures and videos from the show are a must-watch. Take a look

Farhan Akhtar and Shibani Dandekar are certainly one of the most popular and cutest couples in Bollywood. The amazing couple made their relationship official in 2018 via social media and ever since the couple has been shelling out major goals. Both of them often leave fans impressed with their social media PDA. The couple has also walked the ramp together on various occasions. Take a look at times lovebirds Farhan and Shibani walked the ramp.

ALSO READ: Farhan Akhtar's The Sky Is Pink: Popular Songs From The 2019 Movie

The lovebirds walked the ramp on the second day of Lakme Fashion Week 2019 and left everyone flattered. The pictures of the two from the fashion show where they were the showstoppers for a designer soon went viral on social media. Their outfits were a perfect blend of ethnic and boho and their cute chemistry simply stole the show. Shibani Dandekar was seen dressed in a peach coloured lehenga and cropped choli which had pastel colour embroidery all over it with blue tassels. Her soft wavy hair was half-tied in a bun and the fashionista's makeup was kept minimal.

Farhan, on the other hand, looked dapper in his curly hair and stubble. He was complimenting his love Shibani perfectly in a peach kurta and pyjama with colourful prints all over it. Their fans were simply smitten by these two. In a statement, designer Payal Singhal once revealed that she chose Farhan and Shibani because they imbibe major bohemian vibes which were the essence of her clothing line. 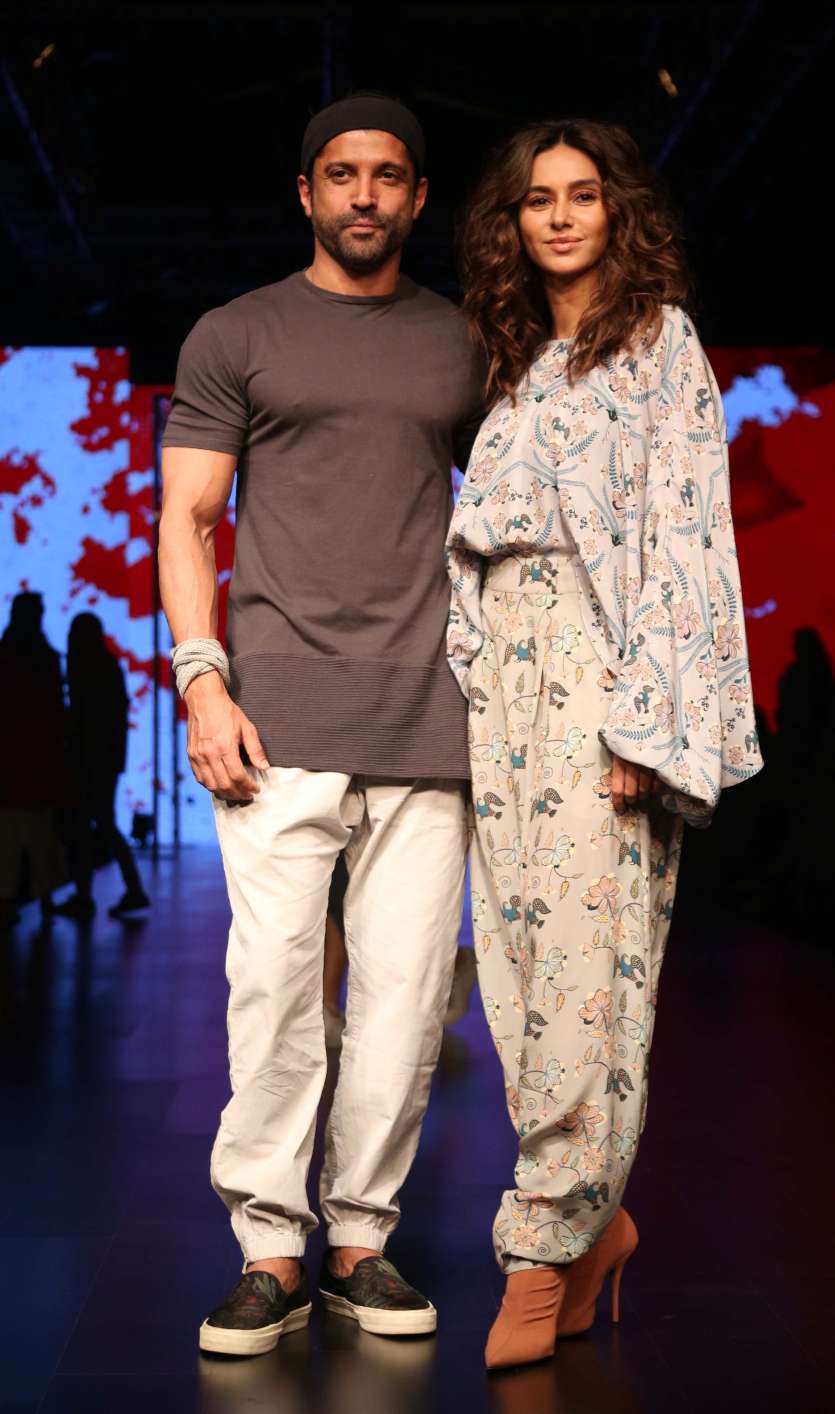 On the same occasion, Farhan and Shibani walked the ramp again on the 3rd day of the Lakme Fashion Week 2019. Shibani Dandekar looked sassy and stylish as she walked the ramp in a printed jumpsuit. On the other hand, her boyfriend Farhan Akhtar looked cool and dapper in his rockstar avatar.

On the professional front, Farhan Akhtar was last seen in The Sky Is Pink alongside Priyanka Chopra and Zaira Wasim. The movie was directed by Shonali Bose and marked Priyanka Chopra's return to Bollywood. Farhan will next be seen in Toofan, directed by Rakeysh Omprakash Mehra. In the film, he will be playing the role of a boxer and for his role, he had to go through a complete body transformation for a part of the sports-drama that required him to put on 15 kilos in 6 weeks. The film has been shot across Mumbai and also features Mrunal Thakur and Paresh Rawal in pivotal roles.

PEOPLE HAVE PLEDGED SO FAR
LATEST NEWS
View all
29 mins ago
Netizen wants sonu sood's help to go to salon, 'dabangg' actor has a funny suggestion
32 mins ago
Malaika arora enjoys her daily dose of vitamin d in sun, calls it her 'morning ritual'
1 hour ago
Taapsee pannu, other actors who shared screen with 'race 3' actor saqib saleem
44 mins ago
Kareena kapoor khan gets candid about hubby saif ali khan, shares how he has ‘changed’ her
42 mins ago
Ryan reynolds has lent his voice to these film projects over the years