When Hrithik Roshan-Sussanne Khan Were In The Spotlight Together; See Pictures

Hrithik Roshan and Sussanne Khan got divorced in the year 2014, after 17 years of being together. Check out times when the former couple were in the spotlight.

Hrithik Roshan is often photographed with his ex-wife Sussanne Khan and their sons Hrehaan and Hridhaan. Earlier, the duo was trending after rumours about their remarriage started doing the rounds on the internet. However, they did not react to this. Hrithik Roshan and Sussanne Khan took their sons on separate vacations too and they often share sneak peeks from their travel diaries on their respective social media accounts.

Before their split, Hrithik Roshan and Sussanne Khan were considered to be Bollywood's power couple. The two had been together for several years and the news of their divorce came as a shock to many. They had also appeared on various magazine covers when they were still together. Listed below are the magazine covers in which they appeared together. 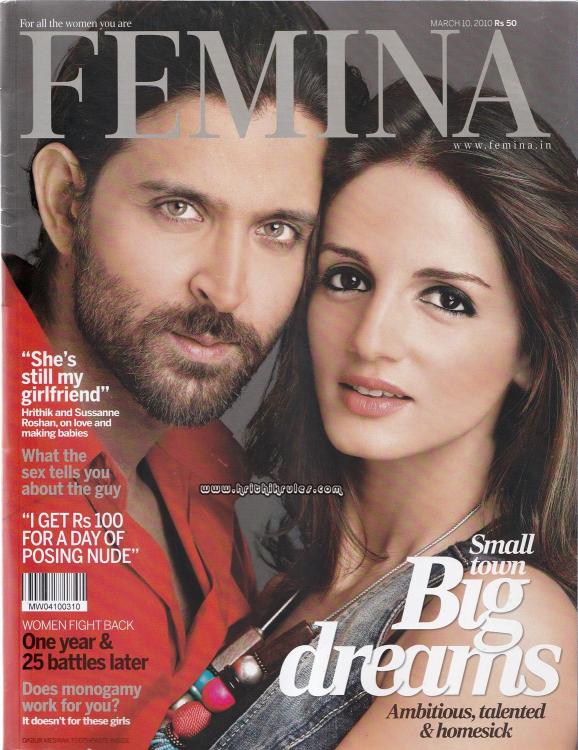 In the March 2010 edition of Femina magazine, Hrithik is seen wearing a red shirt while Sussanne looks pretty in a black top which she paired with black jeans. She completed her look with a denim jacket.

ALSO READ: Hrithik Roshan Shares An Amazing Bond With His Mother And These Pics Are Proof 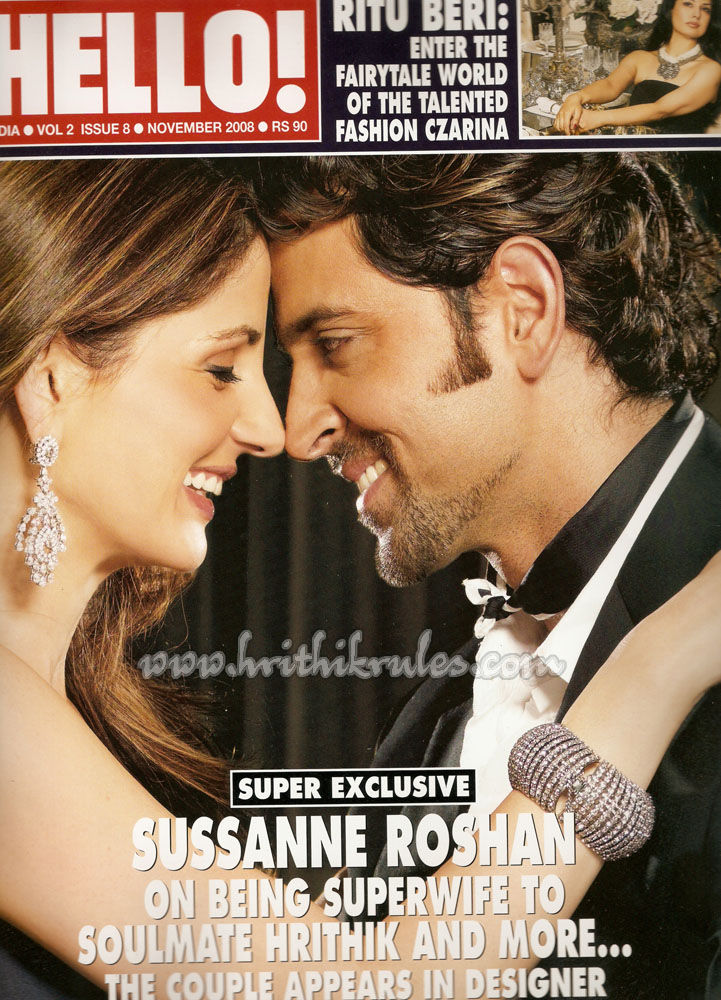 The couple was seen on another magazine cover titled Hello. It had an exclusive interview of Sussane Khan on being superwife to soulmate of Hrithik. The couple looked mesmerising in the photo. Hrithik opted for a black tuxedo which he paired with a white shirt. On the other hand, Sussanne looked pretty in a black dress which she teamed up with diamond jewellery. 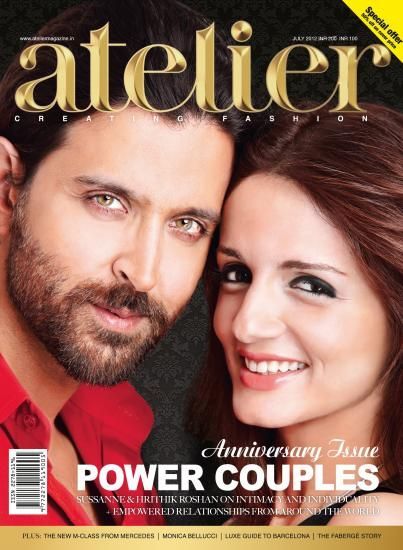 The attire of the couple on the cover of Atelier is almost similar to the one on Femina. The edition was an anniversary issue and focused on power couples. The article included the subject of Hrithik-Sussanne’s intimacy and individuality.

Hrithik Roshan was last seen in the movie War with Tiger Shroff and Vaani Kapoor in the lead role. The movie broke many box office records in 2019. However, the actor has yet not made any announcements on his upcoming projects. But, according to a report on a leading entertainment website, he was reportedly approached for a remake of the movie Satte Pe Satta. It is also said the offer was turned down by the actor.

ALSO READ: Hrithik Roshan Is 'looking For A Storm' In Dubai, Tiger Shroff Says He Himself Is One