For today's unseen picture of the day, here's a picture of Karisma Kapoor from her childhood days. The actor looks every bit adorable in the picture. 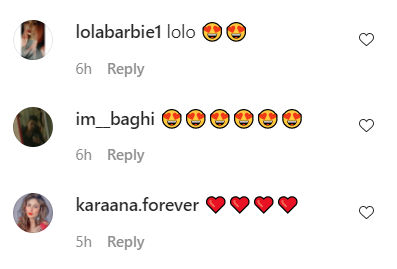 Karisma Kapoor has been active on social media since she made her comeback to acting with Mentalhood. One of her recent uploads has been getting a lot of attention on social media. She shared a video of herself while she was travelling for some work. The video shows Karisma Kapoor in a black hoodie and a pair of black sunglasses. The Mentalhood actor captioned the picture as, “Just a regular early morning catching a flight to go to work#worklife #hustle #onthego #missingtravel#throwback”. The post has already gained over 20 K views within just 30 minutes of being uploaded.

On the professional end, Karisma Kapoor was recently in the Alt Balaji’s popular show, Mentalhood. She was seen in the lead role in the series and made her digital debut with the same. The series revolves around a multi-tasking mom, who tries to find the right balance in parenting and tries to spread her knowledge to other mothers through a blog. The series is created by Ekta Kapoor and produced by Rupali Guha under her banner Film Farm India. Mentalhood's cast includes popular celebrities like Tillotama Shome, Dino Morea, Shruti Seth and Sandhya Mri in prominent roles.