Unseen Pic Of The Day: Kangana Ranuat's Portfolio Pic That Won Her A Role In 'Gangster'

Kangana Ranaut made her Bollywood debut with Anurag Basu's film Gangster 14 years ago. The 2006 film Gangster features Shiney Ahuja, Kangana Ranaut and Emraan Hashmi in the pivotal roles. Since then, Kangana has been unstoppable. Kangana captured the audience's attention right from her very first film. After the film, Kangana received several positive reviews. From Gangster to Panga, the actor has become one of the most acclaimed and popular actors in Bollywood today.

On April 28, Kangana Ranaut completes her 14 years in Bollywood. On this day, Kangana Ranaut's team on their official Instagram handle posted a never-seen-before picture of the actor. In the caption of the picture, it is revealed that the picture was from her portfolio on the basis of which director Anurag Basu selected her for the audition of Gangster.

Kangana Ranaut's team captioned the picture as "#Trivia: On 14th anniversary of #KanganaRanaut's Bollywood debut film, #Gangster, here’s the image from her portfolio on the basis of which @anuragbasuofficial selected her for the audition. Shot by: @jatinkampani #Throwback #14YearsofKanganaRanaut #14YearsofGangster". In the throwback picture, Kangana Ranaut is rocking her naturally curly hair look and grey eyes. Several fans commented on the picture. Check out some of the comments below. 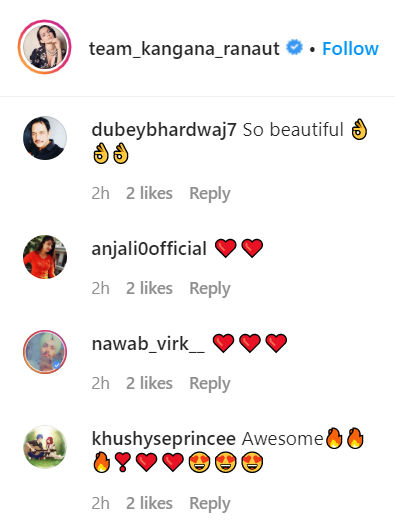 On the professional front, Kangana Ranaut was last seen in the film Panga. The film Panga is directed by Ashwiny Iyer Tiwari under the production company Fox Star Studios. Before the lockdown, Kangana Ranaut was prepping for her next film Thalaivi. The biographical film is based on the real-life story of  J. Jayalalithaa, the late politician and film actor. The film Thalaivi is directed by A. L. Vijay and is scheduled to hit the screens in June 2020.