Unseen Pic Of The Day: When Irrfan Khan Enjoyed Vacation In Lonavala With Friends In 1989

Recently where the celebrities are still mourning the irreparable loss of Irrfan Khan's death. Recently, a throwback pic of Irrfan is surfacing online. See pic.

The recent demise of two great Bollywood actors Irrfan Khan and Rishi Kapoor was a big shock for the whole celebrity fraternity and their fans. After their demise, many special memories, including throwback pictures were surfaced online. One of these throwback pictures of Irrfan Khan is going viral on the internet. 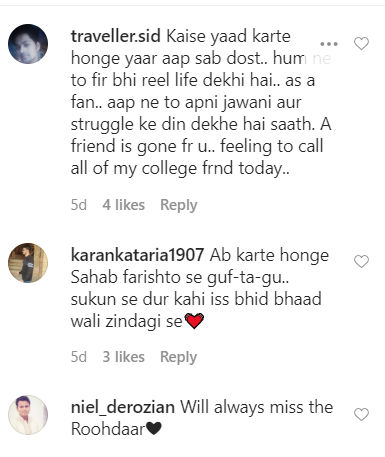 Abhay added that this could be the reason why his death seems like a personal loss for many fans across the world. Talking about how he met Irrfan Khan, Rajesh Abhay revealed that he met the late actor for the first time when he was in his third year at the National School Of Drama (NSD). He mentioned that they quickly became friends and remained so until his last breath. Rajesh Abhay also went on to add, “Irrfan was known in his friend circles as a Sufi-esque man who was never detached from any incident, person or situation

PEOPLE HAVE PLEDGED SO FAR
LATEST NEWS
View all
47 secs ago
Ranveer singh to arjun kapoor; all the actors who have been in awe of anil kapoor
1 hour ago
Varun dhawan shows-off his fitness game and aces 'dhanurasana'; see pic
7 mins ago
Lata mangeshkar remembers vilasrao deshmukh on his 75th birth anniversary, offers prayers
56 mins ago
Sonam kapoor prepares scrumptious breakfast for husband anand ahuja amid lockdown
1 hour ago
'gulabo sitabo' song 'jootam phenk': amitabh, ayushmann all set to take fans on a fun ride