After nearly 4-5 weeks into Flipkart's 'Entertainer No. 1', mentor and actor Varun Dhawan reveals his favourite performances showcased by unique artists.

Amid the nationwide lockdown to curb the further spread of coronavirus infection, Flipkart had come up with Entertainer No. 1 to provide entertainment at home with actor Varun Dhawan as its judge. After nearly 4-5 weeks into the ‘'one-of-its-kind' online show to amuse people who remain confined to their homes, Dhawan expressed his thrill on watching such unique talents. From acrobats to magicians, actors to dancers, it showcased a broad variety of talents among people. Here are Dhawan’s favourite performances from Entertainer No. 1 who called the performances over the course of several weeks as “wakao”.

Dhawan said, “The performances we’ve seen in the past couple of weeks on Entertainer No. 1 have truly been ‘wakao’ and absolutely mindblowing! I have had the toughest time picking my favourites and end up spending hours on the app browsing through unique and entertaining content. I can’t wait to see what the coming weeks have in store, I’m sure some blockbuster performances are coming our way”.

Among several participants, there is also Yuvraj Singh, popularly known as Baba Jackson who according to Dhawan is his “new favourite person. Even though it was Baab Jackson’s debut on the Flipkart show, the 33-year-old said it was “unlike anyone else”.

Dhawan said, “Hrithik Roshan’s favourite is also my new favourite person to imitate when it comes to air walking. His debut on Entertainer No. 1, is groovy, smooth and unlike anyone else. He takes me back to memories of my favourite - the King of Pop, Michael Jackson.” 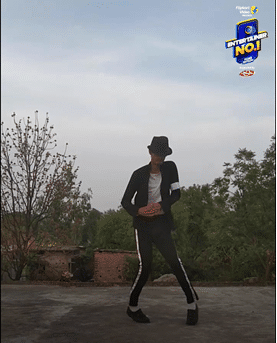 Vishal Procha comes next in the line who is popularly known as ‘Cap King’ and performs while juggling his caps. According to Dhawan, Procha gives “new meaning” to wearing different kinds of caps. Not only is the actor “amused” with the tricks the performer does but also is impressed with Procha’s collection of caps.

Dhawan said, “Vishal gives wearing different caps a new meaning with his performances. The ease with which he juggles these is unmatchable. I am amused not just with his tricks but also his collection of caps. I am looking forward to the other tricks he has in store”. 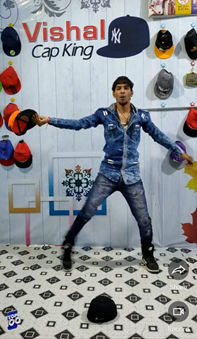 Read - 'Entertainer No. 1' Wrapped Week 1: Here Are The Winners Of 'Filmy Tadka' Challenge

This entertainer is one of Dhawan’s favourite for depicting stories through art amid such “tough times” of the coronavirus outbreak. The 33-year-old admits that Patel’s sand art “motivates” him to fight through the pandemic in unity as a nation.

He said, “Sarvam’s entry tugs on the strings of my heart. Keeping in mind the tough times we’re in, Sarvam’s beautiful sand art depicts a story of victory and motivates us to fight the pandemic together as a nation. I am looking forward to more stories that he’s going to tell us through his art.” 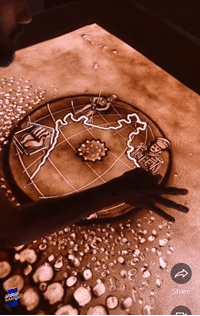 Using the unique expression of ‘face dance’, Tandon has impressed Dhawan with the ease he does that.  The actor, who saw such thing for the first time, said that even though Tandon belongs to Rajasthan, his unique expressions would take him to many places in life.

He said, “This is the first time that I’ve seen a face dance, and to do it with so much ease. Uff! Mohit comes from a town in Rajasthan but the way he slays his performance and his one of a kind talent is sure to take him many places.” Read - Varun Dhawan Reveals That He Broke Down On The Sets Of 'October'; Here's Why

Apart from Tandon’s face dance, Dhawan’s next favourite also showcased the kind of dance that he witnessed for the first time. Anuj Kumar Nishad uses only hands to perform which according to the actor is “gripping” and “mesmerizing” and also called his performance as “fascinating”.

Dhawan said, “Another dance form that I’ve seen for the first time is Anuj’s hand dance. Gripping and mesmerizing, Anuj’s hand dance brought all the light to this fascinating performance. I must admit I’ve rewatched this one a couple of times. It’s truly captivating.” 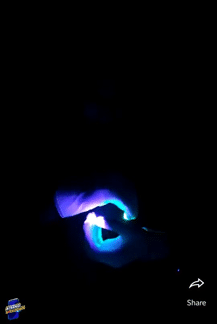 Jaydeep Gohil is also known as ‘Hydroman’ for performing underwater. The 33-year-old revealed that it is extremely hard to maintain balance while in water and Gohil makes it looks “effortless”. According to Dhawan, hydroman put forth a rare combination that deserves broader recognition.

Dhawan said, “It is extremely difficult to maintain balance and move the way he is moving underwater. What amazes me is how effortless he makes the whole thing seem while holding his breath for so long. That is definitely a rare combination of talent which needs recognition. I’d love to learn how to do this.”

The only female who made it to Dhawan’s favourite is Satana Roach who showcases her desi hip hop skills which are “powerful” according to the actor. He also admitted that her performances take him back to the times he rehearsed for blockbuster fil, Any Body Can Dance.

Dhawan said, “She embodies desi hip hop with moves that are so powerful and yet fluid at the same time. This almost takes me back to my fun rehearsals from ABCD: Any Body Can Dance.”