Actor Varun Sharma took to Instagram to share a picture of himself present on the first day of shooting for the upcoming horror comedy film 'Roohi'. Read more!

Actor Varun Sharma took to Instagram to share a BTS picture from the first day on the sets of his upcoming horror-comedy film Roohi. The film directed by Hardik Mehta also stars Rajkummar Rao and Janhvi Kapoor in the lead. In his Instagram post, the actor is seen standing near a scenic stream, as he poses in black sweatpants, teal hoodie and donning red hair for his role.

In his Instagram post on Thursday, Varun Sharma harked back on his day one shooting of the Dinesh Vijan produced horror-comedy Roohi. He has praised his fans for showing their love for the trailer, which dropped on Tuesday. He captioned the post, "This Picture was taken on the First Day of #Roohi Shoot before we started rolling and then the mad fun started its been a Phenomenal experience Filming this beautiful film which is super close to my Heart!! And I want to Thaaaank you Guys for showering so much love to the Trailer Been getting such amazing msgs from all of you. Just want to say THANK YOU It’s a Blessing for us Actors when we can Entertain you and bring that Smile on your Face! Can’t wait for you all to witness this Magical Film with all the Chills and Laughter at the Most Amazing place called “CINEMA HALL” (sic). Here's how the fans reacted to his picture: 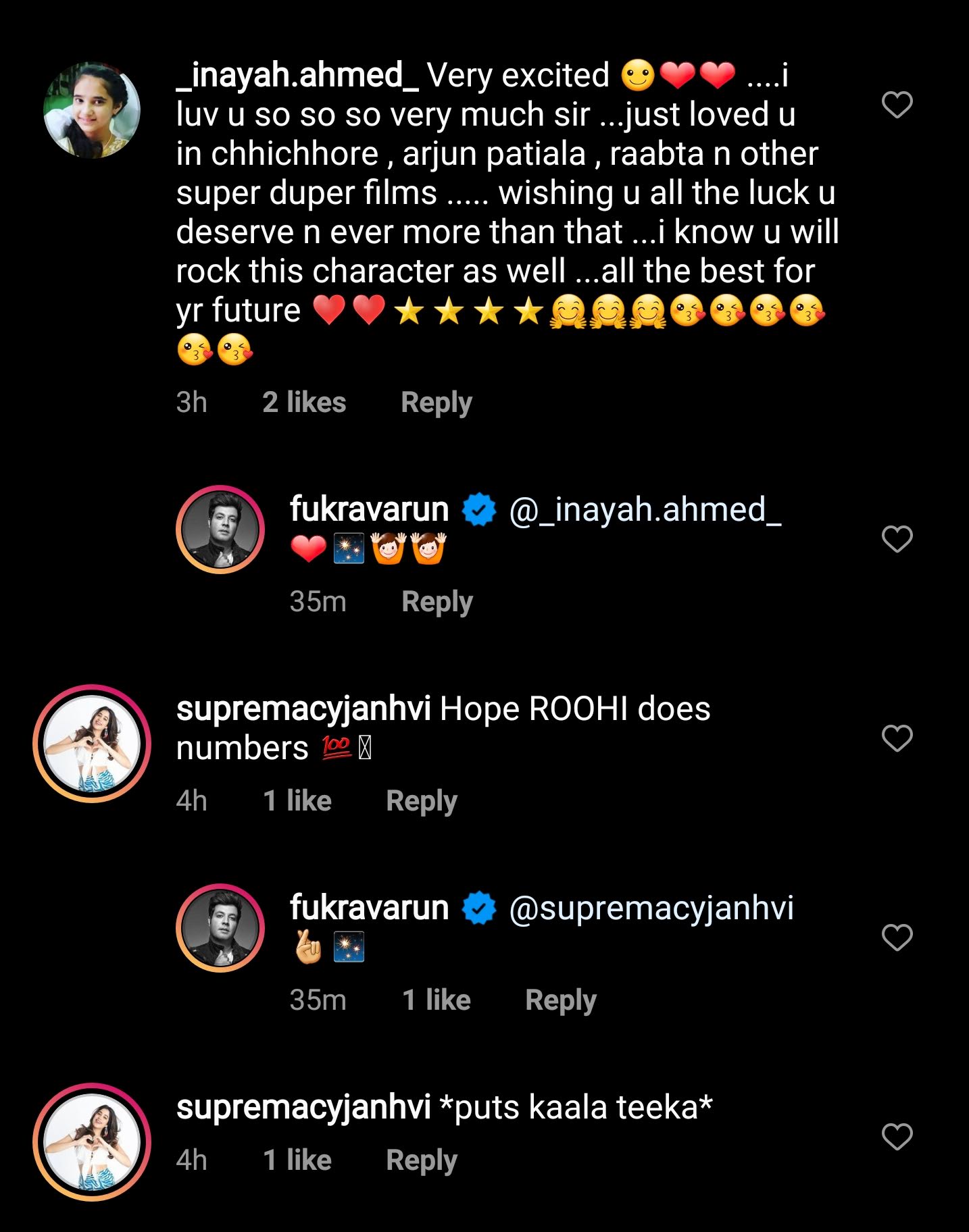 Ever since the trailer for Roohi was dropped on February 16, fans have been lauding Sharma's comic timing. In the trailer, he is seen alongside Rajkummar Rao as they play best friends who come across a ghost (played by Janhvi Kapoor) who abducts brides on their honeymoon day. Varun made quite an appearance in the trailer as he was seen with spooky makeup with blood running down his face while donning red hair.

According to Koimoi, Varun Sharma elaborated on the reason to dye his hair red for the role. He stated it was the "collective call" of the film-makers to add a certain uniqueness and vitality to his character. He explained that writer/producer of the film Dinesh Vijan and director Hardik Mehra wanted to try something quirky and fun. He said that people are loving his new red-haired look and praised the maker's efforts for making the choice. Here's a look at Roohi's trailer featuring Rajkummar Rao, Varun Sharma and Janhvi Kapoor.

Varun Sharma made his acting debut in the 2013 Hindi comedy-drama film Fukrey, alongside Pulkit Samrat. He also appeared in Abhishek Dogra's comedy film Dolly Ki Doli and the commercially successful romantic film Kis Kisko Pyaar Karoon co-starring comedian Kapil Sharma. In 2015, he appeared in Dilwale which is his highest-grossing film so far.