Actor Vicky Kaushal recently shared a throwback picture with 'Uri: The Surgical Strike' director, Aditya Dhar, on the occasion of his 37th birthday

Vicky Kaushal's Uri:The Surgical Strike was one of the most acclaimed and popular films of 2019. Vicky Kaushal also won the National Film Award for Best Actor for his stellar performance in the movie. Today, on March 12, 2020, Vicky Kaushal took to social media to share a throwback photo with Uri: The Surgical Strike's director, Aditya Dhar, on the occasion of his 37th birthday.

Vicky Kaushal shares a monochrome with Uri: The Surgical Strike's director on his 37th birthday 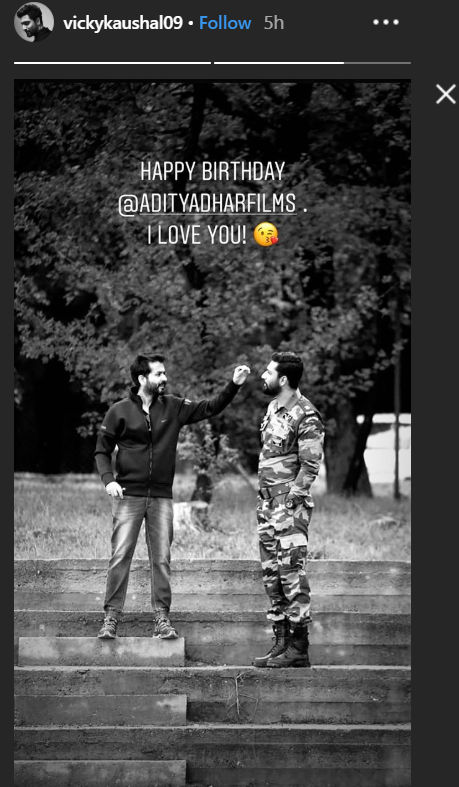 Vicky played the role of Major Vihaan Singh Shergill. The film also earned around ₹342.06 crores at the box office, making it one of the highest-grossing films of Vicky Kaushal's career.

Also Read | Did you know these family members of Vicky Kaushal have their own old filmy connect?

On the work front, Vicky Kaushal was last seen in the horror-thriller film, Bhoot – Part One: The Haunted Ship. Directed by Bhanu Pratap Singh, the film also starred Bhumi Pednekar, Ashutosh Rana and Siddhanth Kapoor in prominent roles. The film released on February 21, 2020, and has earned over ₹30 crores at the box office.

Vicky Kaushal's next project is the biographical film, Sardar Udham Singh. Directed by Shoojit Sircar, the film is based on the life of the Indian freedom fighter Sardar Udham Singh who is known for assassinating Michael O'Dwyer, the former Lieutenant Governor of Punjab. The film is set to release on October 02, 2020.