Vidya Balan Plays With Her Eyebrows While Donning A Grey Saree In Her 'just' Time; Watch

On August 26, actor Vidya Balan shared a video on her social media wall, in which she was seen playing with her eyebrows while donning a saree look. Watch.

On August 26, Bollywood actor Vidya Balan took to her social media handle and shared a video, featuring her. In the video, Balan is seen playing with her eyebrows as she raised it alternatively. In the video, she was seen sporting a grey saree teamed with black blouse. She opted for minimal makeup with red-lips. To complete her overall attire, she wore a pair of jhumkas and a green bindi. Instagramming the video, she wrote a short caption, which read, "Just". Scroll down to watch Vidya Balan's video post:

Within a couple of hours, the video post managed to garner more than 210K views. Many from her 3.4 million Instagram followers flooded the comments section with red-heart and fire emoticons. Meanwhile, a section of fans called it 'awesome', 'stunning' and 'lovely'. A fan wrote, "Just mind blowing amazing" while another asserted, "Very lovely eye action". Amid the praises, a fan speculated that her Shakuntala Devi co-star Sanya Malhotra taught her the eyebrow trick as the former was seen doing the same in her song Morni Banke. On the other side, to compliment Balan, a fan wrote the lyrics of the song In Aankho Ki Maasti Ke. 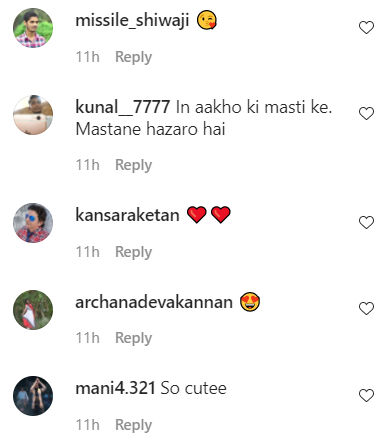 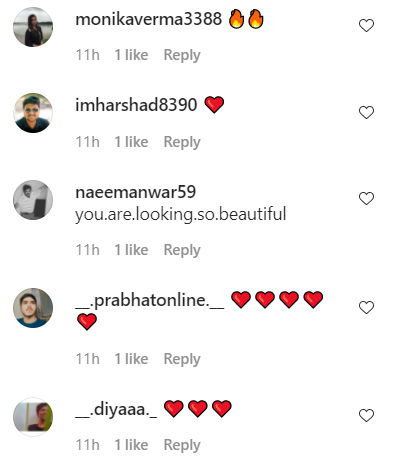 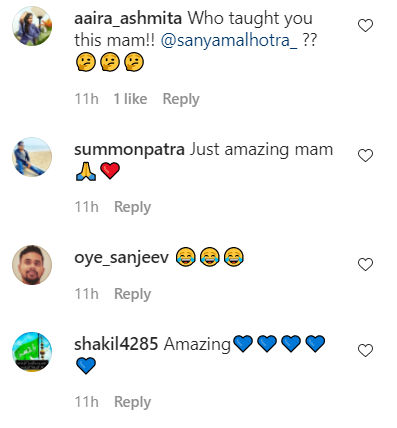 READ | Vidya Balan Approched To Play Role In A Biopic Of Karnam Malleswari?

Though the 41-year-old actor is not an active social media user, Vidya Balan's photos and videos often grab the attention of her fans. Apart from giving a sneak peek into her life, the actor recently treated her fans with a few deleted scenes from her latest release Shakuntala Devi.

Talking about the professional front, Vidya was last seen in a film, titled Shakuntala Devi. The movie also featured Dangal fame Sanya Malhotra, who portrayed the character of Anupama Banerji, daughter of Shakuntala Devi. The film narrated the story of the achievements and the ups and downs in the life of the late mathematician.

Apart from the full-length feature film, she was also seen in her first-ever short film, NatKhat, which told the story of a rural Indian woman, who endured domestic violence in her marriage. The actor will be next seen in Aastha Tiku's Sherni. Helmed by Aastha Tiku, it will also star Vijay Raaz, Sharat Saxena and Mukesh Prajapati in pivotal characters.