Vidya Balan who is spending her time in self-isolation,treated her fans with several throwback pictures from her photo shoot which left the netizens stunned.

Many Bollywood celebrities are currently self-isolating themselves at home amidst the coronavirus outbreak. Versatile actress Vidya Balan who has been doing the same took a trip down the memory lane. The actress has been treating her fans with several throwback pictures from her past photoshoots. Her recent gorgeous picture has garnered much attention on social media.

The actress who is slaying away in style and is soaring the temperature with her pictures, piques the curiosity of her fans once again. Vidya shared two pictures on her Instagram page where she looks stunning. In the pictures, the actress posed as if she is clinging on to a tree while increasing the fashion quotient. Vidya can be seen dressed ina white long shirt with open locks that came on to her face with the passing wind. Several fans of The Dirty Picture star were left awestruck after seeing the picture and could not keep calm and stormed the comment section with their hot takes.

While some praised the actress for her looks while there were some who had hilarious replies to her poses in the picture. One of the fans compared her pose with that of a girl who is waiting for the delivery boy to arrive. Another user after seeing the picture popped up with a question and wrote that did Vidya liked to climb trees during her childhood. Another user poured in his love for the picture and wrote that Vidya Balan is indeed the most beautiful lady in the industry. A fourth person chimed in and expressed his fondness for the star. He wrote that Vidya will always be his favorite actress. 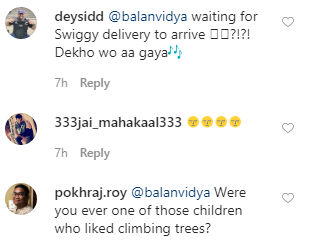 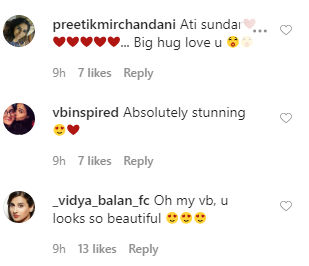 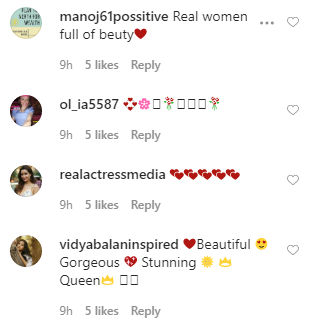 Sometime back, Vidya took to social media to share a few pictures of herself. In the pictures, one can see Vidya Balan sitting against a colorful background. Vidya Balan looked elegant, dressed in long-sleeved Anarkali kurta. The actor is sporting minimal make-up paired with a refreshing summery design kurta. She is seen sitting against the backdrop of a colorfully painted wall.

Read: Vidya Balan Shares Glimpses Of Struggles She Went Through While Shooting At Home; Watch