Fans have showered the video's comment section with praises and compliments for Kunal Kemmu. One of the Instagram users wrote, "justtt amazingggðŸ˜˜ðŸ˜˜.....itss beautiful lovelyy", while another commented, "You have such lovely voice". One of the fans also added, "Want to see more content like you are doing...i love you". Take a look at more fans' reactions below. 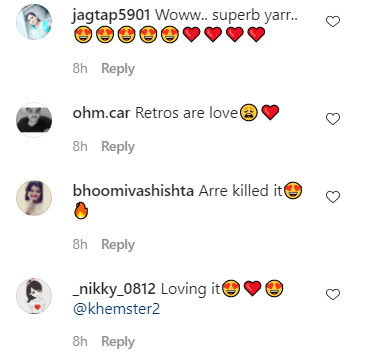 Also Read | Kunal Kemmu announces new episodes of Abhay 2, says ‘time to get back on road to justice’

This wasn't the first time the Kalyug actor had charmed his fans with his voice. Earlier, during the lockdown, Kunal had posted an IGTV video of him singing a mashup of his favourite songs. On May 2, he took to his Instagram and wrote, "Mid Day mashup @mohitsuri special". His mashup video began with Atif Aslam's song from his own film, Aadat Si Hai Mujhko. Next, he moved to Ankit Tiwari's song from Ek Villian, Teri Galiyan. Check out Kunal Kemmu's Instagram video.

Kunal was last seen in Disney+ Hotstar's movie Lootcase and his last theatrical release was Malang, alongside Aditya Roy Kapur Anil Kapoor and Disha Patani. Kunal Kemmu is currently relishing in the success of the second installment of his web-series Abhay. The series was released on ZEE5 Premium on August 14. This is a crime thriller drama featuring Kunal Kemmu, Ram Kapoor and Chunky Panday in pivotal roles.