Actor Siddhant Chaturvedi who is preparing for his upcoming film Phone Bhoot opposite Katrina Kaif and Ishaan Khatter portrayed his poetic side on social media.

Actor Siddhant Chaturvedi who is preparing for his upcoming film Phone Bhoot opposite Katrina Kaif and Ishaan Khatter portrayed his poetic side on social media. The actor took to Instagram and penned a soul-stirring poem under the name 'MyNotes' while reflecting his thoughts on the importance of being happy in life. The actor defined ups and downs in career and wrote that people should find reasons to be joyful in life.

His poem titled ‘After the world makes you feel special’ read, “

After the world makes you feel special

for all the wrong reasons,

After your life cycles around

After those walks on the beach

and you have to go back to

After a song is on repeat,

and the lyrics make sense,

and then we need to shuffle

and change the beat.

After its no more flattering

to be called "beautiful"...

after your eyes start looking for

After religion is crowned,

and the gods are questioned.

Your answer is love!

but it is not to be mentioned.

Stuck in a limbo,

and you need to know

that even space and time bend.

No one knows the science,

but we know love!?

even though it’s not the trend.

After all the joy ceases to be free,

The only selfless smile lies here,

Read: Siddhant Chaturvedi Posts About 'do Hazar Ek-kiss', Fan Says 'this Post Is A Visual Treat'

After sharing the heartwarming poem, fans started showering love and appreciation. One of the users wrote, “Beautifully worded. Relatable and liberating”. Another user wrote, “Oh it’s been so long since something has hit like this hit”. A third user chimed in and wrote, “You have surely aced the art of articulating unsaid bottled up thoughts.” Another user echoed similar sentiments and wrote, “Your thoughts are beautiful bhai”.

Meanwhile, sometime back, the Gully Boy actor gave a peek into the sets of his upcoming film Phone Bhoot. In the photo, Siddhant can be seen holding the clapboard of Phone Bhoot in his hand while winking and posing shirtless. Siddhant wrote the caption in Hindi, "Scene kya hai scene kya hai". Spilling the beans further, he added, "51D". 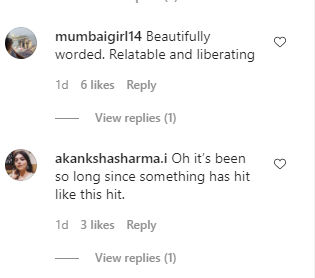 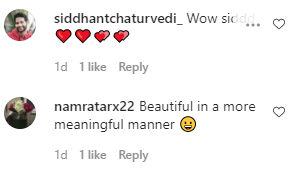