The Green Bay Packers quarterback Aaron Rodgers has announced that he got engaged while he gave his acceptance speech at the NFL Honours. 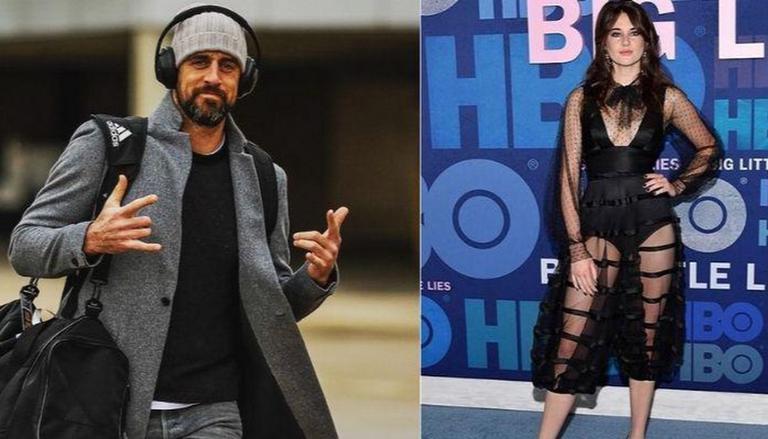 Athlete Aaron Rodgers and Hollywood actor Shailene Woodley are now engaged. Rodgers, who is the quarterback of The Green Bay Packers won the Most Valuable Player (MVP) award at the NFL Honours. In his acceptance speech, he surprisingly revealed that he has gotten engaged.

Also read | Cardi B Addresses The Backlash Her Song 'WAP' Received; Says She Was Surprised

According to a report by US Magazine, Aaron and Shailene had been dating for a while now. They started off as friends but things got romantic along the way. The couple is in a long-distance relationship currently and making things work. While accepting his MVP Award, Rodgers also thanked his fiance among other people who he is thankful to. The NFL Honours took place on February 6, 2021, online and were hosted by Kevin Hart.

Aaron Rodgers was earlier dating Danica Patrick, a former professional racing driver. They broke up after being together for two years. His representative confirmed the pair's split to the entertainment portal. Before getting into a relationship with Rodgers, Shailene Woodley was dating the rugby player Ben Volavola. Woodley announced that they had broken up because she realised that she was at an age where she could not fully commit herself to anyone. Marriage and children were on cards for the couple but Shailene said that she would not be available for the player in a way that she wanted to be.

Woodley made her acting debut with The Descendants which released in 2011. She later went on to star in the 2013 coming-of-age movie The Spectacular Now. Some of her other notable works are Divergent, White Bird in a Blizzard, Felicity: An American Girl Adventure and Snowden. But her most popular role so far is from the screenplay adaptation of John Green's novel The Fault In Our Stars wherein she played the character of the cancer patient Hazel Grace Lancaster. She has starred in a couple of movies as well like A Place Called Home, Once Upon a Mattress and Final Approach. She also starred in the drama series titled as Big Little Lies as the lead character Jane Chapman. The actor has received several awards and has been nominated for many as well.