Amitabh Bachchan took to his blog & revealed that he attended Rishi Kapoor's wedding with a bandaged hand post-injury on the sets of his film in 1983. Read on

Amitabh Bachchan was reportedly the first person to break the news of Rishi Kapoor's sad demise on the internet. However, did you know that the former, who shared screen space with the Bobby actor in a slew of movies, had penned a memory from late actor Rishi Kapoor’s wedding celebration just a day before Kapoor passed away? Amitabh Bachchan, on April 29, took to his blog to celebrate 37 years of his film, Mahaan, and also shared an interesting memory of attending Rishi Kapoor's 'baraat' right after completing his shoot back in 1983. Read details.

When Big B attended Neetu & Rishi Kapoor's wedding despite injury

Amitabh Bachchan took to his blog to celebrate 37 years of his film Mahaan where he talked about how he faced an injury as he had to slide down a rope for a song and action sequence in the movie. Big B wrote, "Never realised that rope friction is the worst burn ever .. the shot happened .. sliding down I knew I was damaging my hand but what the heck the show must go on .. shot over the hand lacerated to bits."

The Sholay actor also revealed that he was headed to the hospital, drugged, treated and bandaged. Amitabh Bachchan then flew to Bombay to attend Rishi Kapoor’s wedding (baraat). Big B also shared pictures from the latter's wedding, wherein we caught a glimpse of his plastered hand. While the first B&W picture showed the Mohabbatein actor in a candid pose, the next picture showed Amitabh Bachchan all engrossed in the festivities with Shammi Kapoor next to him. 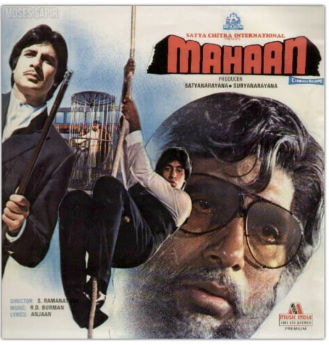 Interestingly, Amitabh Bachchan flew all the way from Chennai to just grace his dear friend Rishi Kapoor and Neetu's wedding. Furthermore, in the latter part of the blog, the Piku actor revealed that the wedding took place at Burmah Shell Complex in Chembur and by the next morning he again jetted off to Chennai, Madras, to resume his shooting. 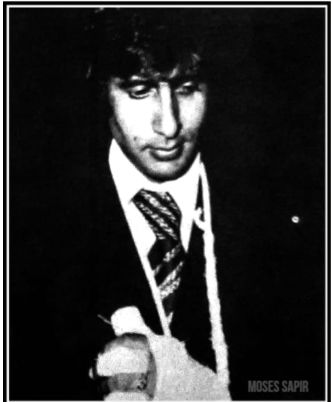 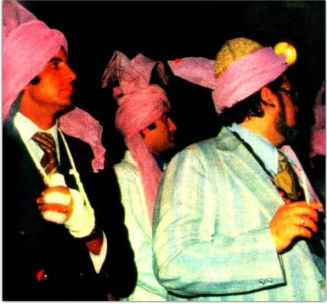 Rishi Kapoor passed away at HN Reliance Hospital at the age of 67 on April 30 after being admitted there a day ago. He last graced the silver screen with the 2019 films titled The Body and Jhootha Kahin Ka. The legendary actor passed away after a two-year-long battle with cancer. While the news of Rishi Kapoor's death flared all over the internet, celebrities from all walks of life paid their tribute to the star and shared condolences.

Also Read | 'Will always remember how you made me feel': Abhishek Bachchan mourns Rishi Kapoor's death

PEOPLE HAVE PLEDGED SO FAR
LATEST NEWS
View all
12 hours ago
James Mangold discloses important BTS details from the Hugh Jackman film 'Logan'
9 hours ago
Ryan Gosling to star in Universal's 'Wolfman'
8 hours ago
Will Smith reveals he was 'anxious' about the role of Genie in the 2019 film 'Aladdin'
6 hours ago
'Jurassic World 3' might resume filming in July, says Sam Neill
1 day ago
Weinstein raped me in 1994 at age 17, woman says in lawsuit