Amy Schumer and LeBron James took to their Instagram handles and teased their 'Trainwreck' fans about its sequel. The duo said they 'can make it happen'.

On February 10, 2021, actor and comedian Amy Schumer took to her official Instagram handle and teased her fans by re-posting a fan’s message on her IG story. Her response hinted at a potential sequel of popular romance drama Trainwreck, released in the year 2015. NBA star LeBron James too responded positively when Amy asked if the upcoming next year is good for him to release the sequel. Take a look at their latest IG stories. 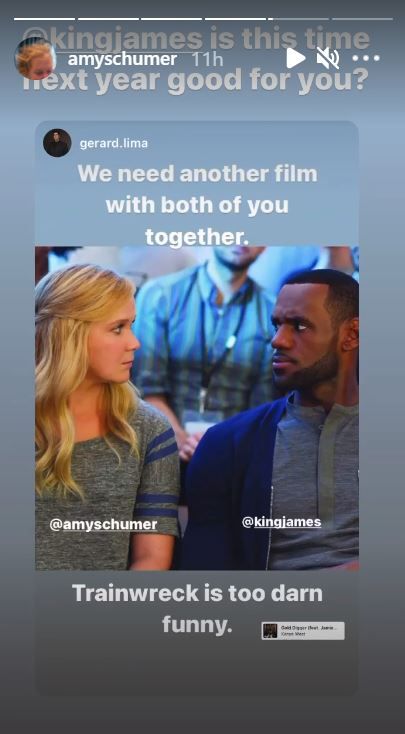 In a story, the fan wrote, “We need another film with both of you together. Trainwreck is too darn funny” and further tagged Amy and LeBron in the story. Screenplay writer Amy responded to the post by re-posting it and captioning it as, “@kingjames is this time next year good for you?”. James wrote back to the actor on his own IG story, “I think we can make that happen! Trainwreck 2???”. 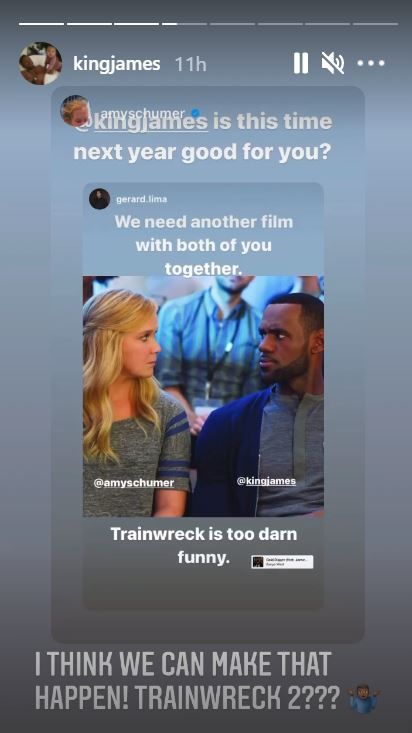 Trainwreck was directed by Judd Apatow. The plot revolves around a magazine writer who falls in love with a sports doctor, a best friend of LeBron. The rom-com drama has given James a laugh-out-loud supporting role. His character was a silly, Downton-Abbey-loving version. While speaking to The Hollywood Reporter during its release in the year 2015, LeBron had opened up about making his debut. The NBA star admitted that he was nervous and that he was trying to ‘stay ready’.

The actor said that being a part of Trainwreck was exciting as it gave a ‘different format’. He added that several people are used to ‘seeing him on the basketball court’, and would see what he is capable of doing. LeBron concluded that it is ‘pretty cool’ working with Bill Hader, Amy Schumer, and Judd. Amy Schumer was last seen in the 2020’s Expecting Amy for three episodes. She has also appeared in shows such as Amy Schumer: Growing and Amy Schumer Learns to Cook.

Meanwhile, LeBron will next be seen in an upcoming live-action and animated sports comedy flick Space Jam: A New Legacy, which is directed by Malcolm D Lee. The film is a sequel to 1996’s Space Jam and LeBron is also producing the live-action drama, along with acting in it. Alongside LeBron, the film also features Don Cheadle, Khris Davis, Sonequa Martin-Green and Cedric Joe.

Image Source: A still from Trainwreck