'Anaconda 3: Offspring' cast includes some well-known names from Hollywood. Read on to know about the actors of the movie and their other works. 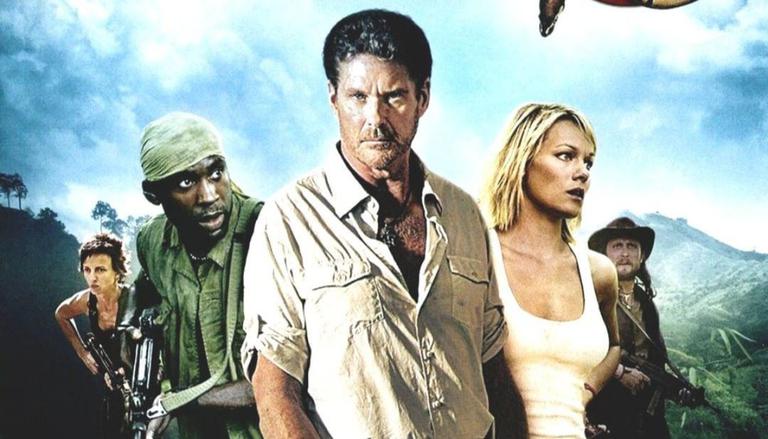 Anaconda 3: Offspring is a 2008 American television film directed by Don E. Fauntleroy and is the sequel to  Anacondas: The Hunt for the Blood Orchid. It is the third installment in the Anaconda film series and is followed by Anaconda: Trail of Blood. The plot of the movie revolves around a scientist working in a millionaire's secret underground lab and performs experiments on two giant predatory snakes. However, when the creatures escape and go on the rampage, she enlists the aid of a mercenary to put a stop to their campaign of destruction. Read on to know about the cast of Anaconda 3: Offspring.

Also Read | 'Jurassic World: Fallen Kingdom' Cast: A Glance At All The Characters In The Film

The cast and characters of Anaconda 3: Offspring includes David Hasselhoff portraying Stephen Hammett. David Hasselhoff, popularly known as 'The Hoff' is an American actor, singer, producer, television personality, and businessman. He has set a Guinness World Record as the most-watched man on TV.

Hasselhoff first gained recognition on The Young and The Restless, playing the role of Dr. Snapper Foster. His career continued with his leading role as Michael Knight on Knight Rider and as L.A. County Lifeguard Mitch Buchannon in Baywatch. He also produced Baywatch from the 1990s until 2001 when the series ended with Baywatch Hawaii. His other films include Dodgeball,  Nick Fury: Agent of S.H.I.E.L.D. , The SpongeBob SquarePants Movie, Click among others.

Anaconda 3: Offspring cast includes Crystal Allen, who portrays the character of  Dr. Amanda Hayes. Allen is an American film and television actor who has starred and appeared in guest star roles, in episodes of TV series such as Sex and the City, Ed, The Sopranos, Boston Legal, Star Trek: Enterprise, JAG, Desperate Housewives, and others. Her popular films include Maid in Manhattan, Star Trek: of Gods and Men, Hanna's Gold, Exit Thread, and Subway Cafe.

Anthony Green portrayed the character of Captain Grozny in the 2008 film. Green is an English actor known for playing Station Officer Mick Callaghan in the series finale of London's Burning. He played his first leading role in the independent British feature The Honeytrap. Anthony Green played parts in The Bourne Identity and the James Bond film Tomorrow Never Dies.

The cast of Anaconda 3: Offspring includes John Rhys-Davies and he plays the character of Peter J.D. Murdoch on screen. John is a Welsh actor and voice actor. He is known for portraying the role of Gimli and the voice of Treebeard in the Lord of the Rings trilogy and Sallah in the Indiana Jones films. He provided the voices of Cassim in Aladdin and the King of Thieves, Ranjan's father in The Jungle Book 2, Macbeth in Gargoyles, Man Ray in SpongeBob SquarePants, Hades in Justice League, and Tobias in the computer game Freelancer.