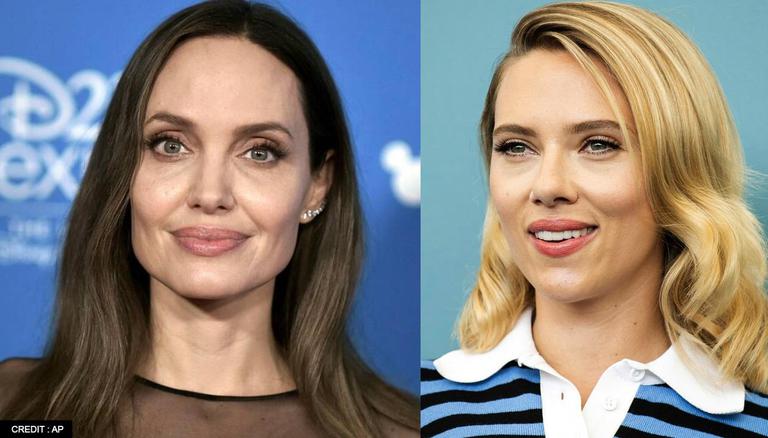 Angelina Jolie will soon be making her Marvel Cinematic Universe debut through the superhero movie Eternals. Jolie revealed that she wasn't interested in the superhero film genre and had turned down a big superhero movie before signing up to feature in Eternals. Marvel Studios' upcoming movie Eternals will introduce a whole new team of superheroes who have been on Earth for thousands of years. The movie is helmed by Academy Award-winning filmmaker Chloé Zhao, and the film features a star-studded ensemble, including Jolie, who plays one of the celestials, Thena. Read More.

Scarlett Johansson grabbed the spotlight earlier this year as she sued Walt Disney post the release of her movie Black Widow regarding its hybrid rollout, which resulted in her earnings loss. Johansson alleged that Disney's decision to release Black Widow simultaneously on Disney+ with Premier Access and in theatres incurred a loss and was a breach of contract. However, the lawsuit between the actor and the studio has now been settled, with specifics of the settlement not been made public. Read More.

The much-loved and popular sitcom, Friends initially featured Jennifer Aniston's character Rachel Green take on the role as a waitress at the gang's favourite hang-out spot, Central Perk. Currently, one of the show's stars, Courteney Cox, who played Monica, is shooting at the Warner Bros. lot, which served as the home in the sitcom. The actor took to her Instagram account to show he fans and followers what she does when she gets a break from shooting. Read More.

Marvel is gearing up for the back-to-back release up to 2023, under its Phase four. One of the most anticipated movies of MCU other than Spider-Man: No Way Home is Doctor Strange 2 or Doctor Strange: The Multiverse of Madness. Sam Raimi is all set to helm the upcoming Marvel flick, although he was quite reluctant to take up the project initially. Raimi, who also directed Tobey Maguire starrrer Spider-Man 3 in 2007 said that the negative reviews of the movie made him reluctant to make any other superhero movie. Read More.

Bridgerton fame Rege-Jean Page has been busy after leaving the series and has bagged yet another film. Page is now all set to star in OTT giants Netflix's new heist film. The film is yet to be titled but has been confirmed as Page’s second upcoming collaboration with Netflix after The Gray Man. Read More.