Belgium based trio of editors created a deep fake of Jon Snow apologizing to all the Game of Thrones fans for ‘f***ing up.The video which was dropped on Youtube

Belgium based trio of editors created a deep fake of Jon Snow apologizing to all the Game of Thrones fans for ruining the ending. The video which was dropped by Chris Ume,  Bockie De Repper and Simon Deckers on their Youtube channel ‘Eating Thing’ in June earlier this year has gone viral. The video received more than 1 million views in 36 hours and has racked up nearly 2.5 M views since it’s release.

Read: Golden Globes 2020: Netizens Not Pleased With Game Of Thrones Being Snubbed

Read: Kit Harington Birthday: When The Actor Appeared On Television Apart From Game Of Thrones

Sorry for wasting your time

In the video created by AI, John Snow can be heard apologising to the audience for wasting their time. He goes on to say, “Sorry, you didn’t learn anything from the loss.” “I have more lines in this video than I had in last season and I know nothing makes sense in the end, “ he adds.  The video ends with the cast burning the script of season 8 of the show. In an interview, the trio said that lots of people agreed on our point of view of the last season and many needed some closure too. They added that they, however,  respect the creators of the show. The post also received a lot of hilarious reactions from netizens. Catch it all here: 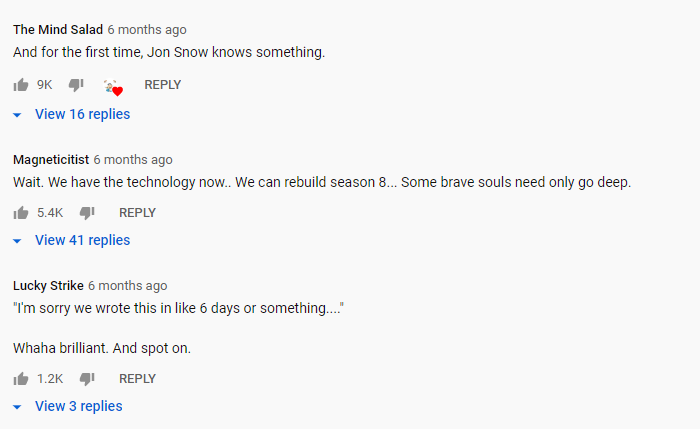 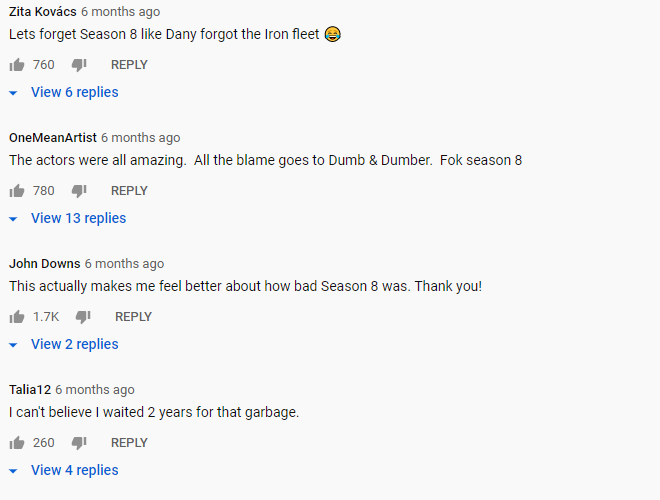 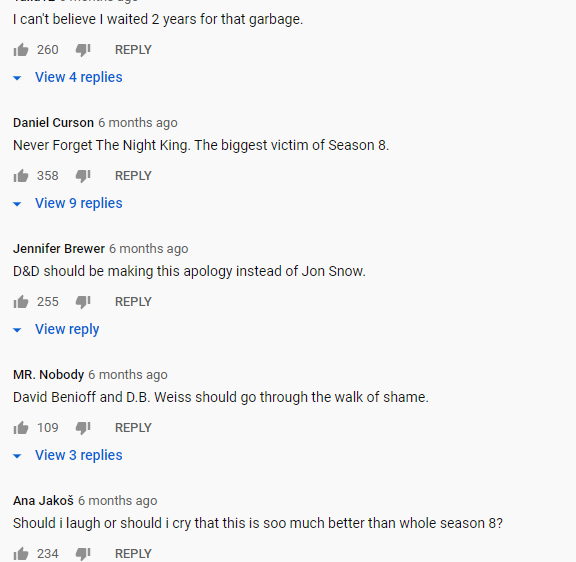 The stars of Game of Thrones would not have much to celebrate this year at the Golden Globes ceremony as the fantasy show received only one nomination this year at Golden Globes 2020. The series of the TV show officially came to an end in May 2019. The 77th Golden Globe Awards in January will be marked as the end of Game of Thrones series, and it seems that fans did not give Game of Thrones' last season much love. However, the expectations of fans were high regarding season 8 which did not go as they expected to. Game of Thrones received a lot of awards which includes winning outstanding drama series at the 71st primetime Emmy Awards, Peter Dinklage also received an award for the best-supporting actor with his portrayal as Tyrion Lannister.

Read:Kit Harington Birthday: Best Scenes Of The Actor As Jon Snow In Game Of Thrones

Read:Christmas Decoration Ideas Inspired By 'Game Of Thrones' To Give Your Home A Unique Touch