Bindi Irwin showcases her baby bump in a new post on Instagram. Take a look at her post and see how her husband and fans responded to the same.

Bindi Irwin recently took to Instagram to showcase her baby bump and also added a sweet caption with the picture. Bindi also added that her daughter was doing well. Take a look at her post and see how fans responded to it.

My beautiful mum took this photo yesterday. Baby girl is doing great. Every time we get an ultrasound she’s incredibly energetic and always moving around. She’s now about the same size as a mountain pygmy-possum. Too cute! ðŸ’›

In the post uploaded by Bindi, fans can spot the soon-to-be-mother in brown pants and a black top. She was also holding her bump and looked radiant in the post. Bindi mentioned in her caption that her 'beautiful mum' clicked the picture yesterday and added that her 'baby girl' was doing well. She further added that every time she got an ultrasound, her baby was 'incredibly energetic'. Her caption finally read - 'She’s now about the same size as a mountain pygmy-possum. Too cute!' (sic).

Husband Chandler Powell also commented on the post and mentioned that their baby girl was already growing too fast. He then mentioned - 'I love you and our baby girl' (sic). Take a look:

Many fans also commented on and liked the post. One fan added that he hoped Bindi's baby girl would come out healthy. Other fans also mentioned positive things in the comment. Take a look at the comments on the post by fans: 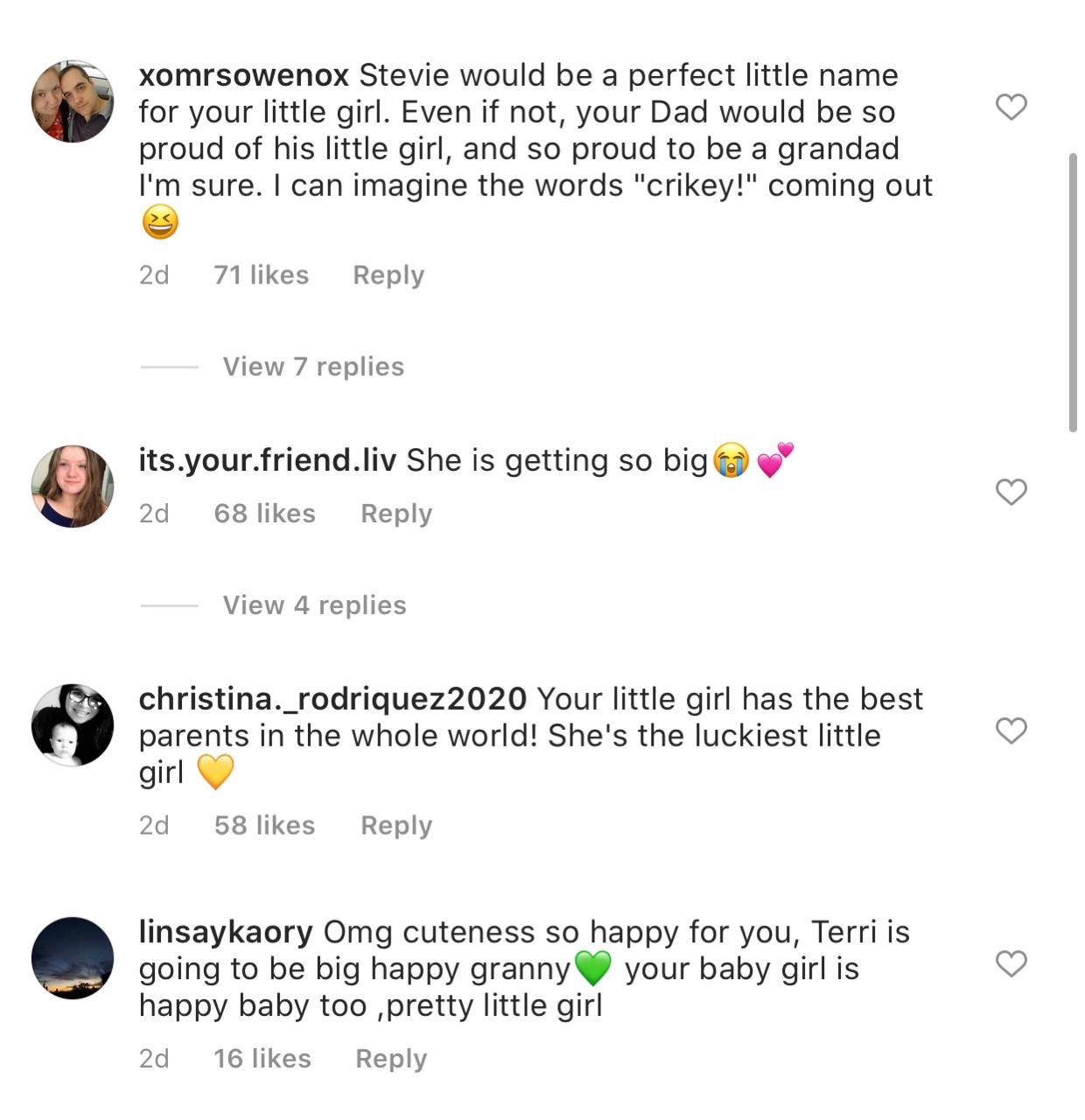 Bindi is also very active on her Instagram and keeps her fans and followers updated. Bindi has uploaded many pictures with her husband on her page. In one post, fans can see the couple and their family with a bunch of animals. The post was captioned - 'My sweetheart family.' (sic). Many fans liked and commented on the post. Take a look:

In another post, fans can spot the couple together. Bindi is in her wedding dress and is seen kissing her husband. The post was captioned - 'I fall more in love with you every day.' and Chandler Powell responded by saying - 'I love you more than anything' (sic). Many fans thought the post was 'adorable'. Take a look:

I fall more in love with you every day.