Blake Lively took to her Instagram to share a meme on her story relating to her show Gossip Girl. She played the character of Serena van der Woodsen in the show

It seems that Gossip Girl will always remain a big part of actor Blake Lively's life. The actor, putting a hilarious twist to a dialogue from the show, shared a meme on her Instagram story. Through the meme, Lively sent out the message of using gloves while going out in Gossip Girl style.

Blake Lively must have come across a funny Twitter meme fest where people used a snapshot of her character Serena van der Woodsen and Leighton Meester's character Blair Waldorf. She then used this meme to share a nice message to her fans and audience along with making them laugh during the quarantine. On her Instagram story, Blake added the following picture: 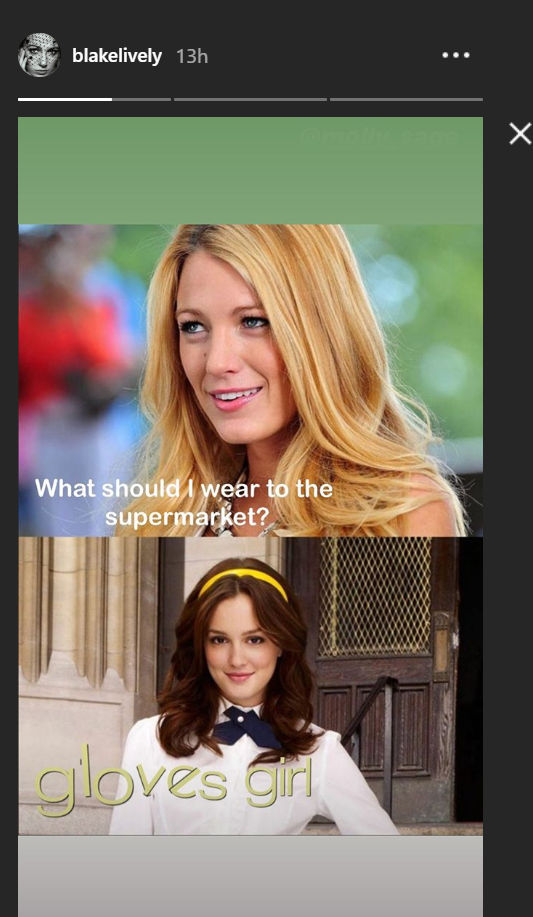 In the picture, her character Serena can be seen asking 'What should I wear to the supermarket?'. To this, Blair says 'Gloves girl'. This meme is also under the taste that the two characters were always on top of their fashion game on the show.

Memes based on this Gossip Girl template with Blake Lively's photos have already amused many on Twitter. A Twitter user named @koostzu started using the title of the show and sharing funny jokes about the same. Here are some of these memes:

Blake Lively's husband and actor Ryan Reynolds was also recently asked by a fan on Twitter whether he had watched Gossip Girl. The actor, who is known for his hilarious and funny personality, tweeted a reply which sent the fans rolling in laughter. Here is what he tweeted:

I didn’t watch it. I drank it through my eyes.

PEOPLE HAVE PLEDGED SO FAR
LATEST NEWS
View all
10 hours ago
Sir Anthony Hopkins knew beforehand that 'The Silence of the Lambs' would change his life
11 hours ago
Henry Cavill joins #BlackOutTuesday, shares a powerful 'Superman' quote
10 hours ago
Best Brad Pitt-produced films according to IMDb include many classics, see list here