The rumours of Brian Austin Green and Sharna Burgess dating each other have been confirmed as Sharna posts a picture of them kissing; Watch

There were a lot of speculation and rumours about Brian Austin Green and Sharna Burgess dating each other. These rumours are now confirmed to be true in nature, by none other than the couple itself. The rumours of Brian and Sharna dating each other had been doing rounds for several weeks now and the couple could no longer hide it. In a simple yet obvious message, Sharna Burgess has posted a picture of the couple on Instagram, getting their fans excited. Have a look at her Instagram post from their vacation together.

Quite recently, both Brian and Sharna had posted their own pictures on their respective Instagram accounts from their vacation in Hawaii which the couple enjoyed in each other’s company. The couple was also snapped kissing each other on the vacation, that got their fans excited.

Putting an end to these rumours, Sharna has posted a picture of the two kissing each other with a caption that says, “ð˜ ð˜ ð˜” ðŸ’‹”. The picture of them is visibly from their vacation in Hawaii as well, with a background that shows a beach with a proper Hawaiian look.

The couple can be seen passionately kissing each other dressed in proper tropical outfits. The Instagram post sent her followers in a frenzy and a number of netizens immediately started commenting on the post.

Many of them posted comments saying that they were very excited to see the couple admit to their relationship. There were also some netizens who were not even aware that the two were dating and were excited to know about Brian, who was not tagged anywhere in the post. The couple seemed to be relaxed in each other’s company and have decided to come out in the open about their relationship. 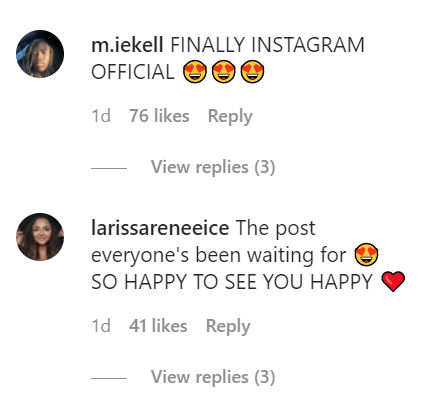 Brian Austin Green has divorced Megan Fox, with the former couple being separated for a long time before that as well. Brian has been associated with a number of television shows in his acting career. On the other hand, Sharna Burgess has gained a lot of popularity for her dancing skills, especially in Ballroom.

ALSO READ: Brian Austin Green And Sharna Burgess Share A Kiss On A Beach In Hawaii