Britney Spears' fans believe she has once again signalled for help by wearing a blue shirt in her social media video. Read on for more details. 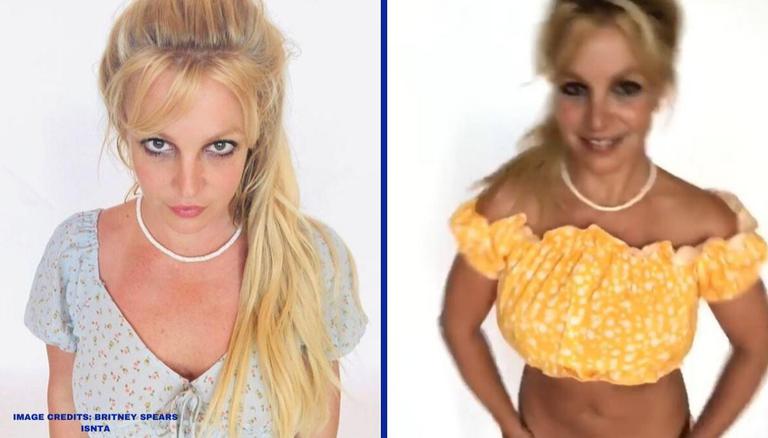 Britney Spears' fans have taken social media by a storm as they recently started trending #FreeBritney. Fans of the singer have been speculating if she is giving out signs of needing help and wants to send some cryptic messages. Much of the content that Britney Spears is putting out on social media has left her fans baffled.

According to media portals, fans think that the ‘bizarre content’ on Britney Spears' TikTok could mean something more than what is meeting the eye. After Britney Spears' yellow shirt conspiracy, fans believe the pop icon is giving out another signal for help by wearing a blue shirt in her Instagram post.

In the United States, Conservatorship is a legal concept in which a guardian or a protector is appointed by a judge to manage the financial affairs and/or daily life of another due to physical or mental limitations or old age. As per reports, Britney Spears has been living her life under ‘conservatorship’ since 2008. Reportedly, she was put under conservatorship to prevent her from making poor financial and business decisions. Currently, Britney has no legal control over her financial affairs and those rights belong to her father.

Why are fans demanding #FreeBritneySpears

Britney Spears' fans believe that she is being held against her will and being manipulated on the grounds of her conservatorship. Fans also believe that her conservatorship further implies that she has no control over her own life and what she put out on social media. Moreover, her fans have been speculating that maybe the singer has been asking for help through her 'bizarre videos'.

Read Also | Vir Das Shows How Bratty Actors Behave On Set, "make Samosa In 5 Mins With Your Own Hands"

This gave way to another fan who asked her to wear a blue top in her next post if she indeed needed help. This was done by the fan merely to clear if the yellow top theory was by coincidence or Britney was actually asking for help. Much to the surprise of the fans, Britney then wore a blue top and posted a picture in it. 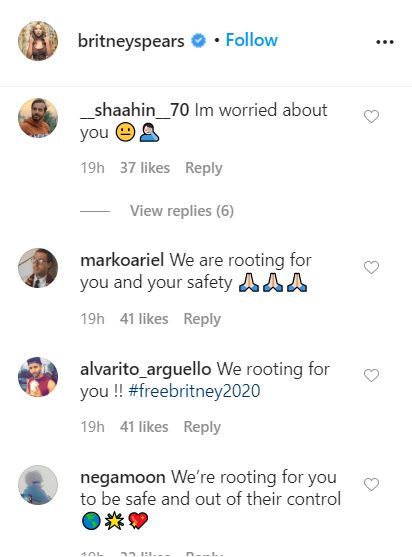 As per reports, Britney's Los Angeles lawyer Samuel Ingham revealed to a media portal that the singer had not attended a hearing in December related to her conservatorship as she does not object to her father or her personal co-conservator handling her finances or personal decisions. Therefore, the singer's conservatorship has been extended till August 22, 2020, with temporary co-conservator Jodi Montgomery to stay on in her role. Jodi is reportedly also Britney's longtime care manager.