Cardi B Goes On A Twitter Rant About Her Acne; Kehlani Comes To The Rescue; Details Inside

Cardi B took to Twitter in order to share the story of a seemingly harrowing tryst that she has been having with a supposed acne breakout. Read on for more. 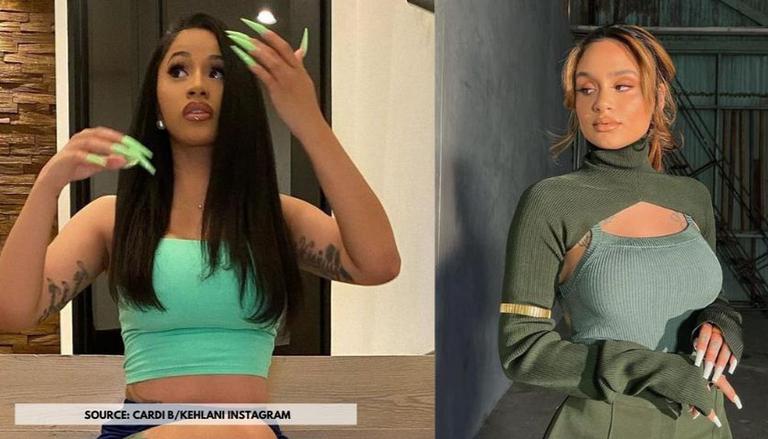 Cardi B took to Twitter in order to share the story of a seemingly harrowing tryst that she has been having with a supposed acne breakout. In the tweets, one can see that the actor and rapper is going on a rant of sorts regarding her latest skin troubles. The tweets would give out the impression that Cardi B's acne breakout made her deal with a fairly resilient version of the same. The same could be evidenced by the posts that will follow this paragraph, which sees her sharing that no form of cream or ointment is working for her.

But then, later on, Cardi B can be seen sharing that one interaction with Kehlani proved to be fruitful. Judging by her tweet, she supposedly gave Cardi B the contact information of just the right person for the job. All of those tweets about Cardi B's acne and the supposed help that she received from Kehlani can be found below as well as on Cardi B's Twitter handle.

The posts that came from Cardi B's Twitter handle:

I been breaking out lately and my face is extremely dry.I don’t think these products are working.I think it’s the water out here .....What are some good products for little black heads break outs and dry skin on your face ?

Also Read: Cardi B Tweets About Wanting To Own An Owl; Fans Send All Kinds Of Reactions

Even before bodak Yellow ....Don’t plat wit me like it’s something new ...Check the dates https://t.co/rEMfUhSRrf

My mom love thst shit ...I don’t really like it I don’t feel like it cleans my face right https://t.co/OVhc87GzEw

What is Cardi B up to right now?

Also Read: Cardi B Plans To Write A Song About Her Hardships Of Not Having A Driver's License

On the work front, Cardi B recently released what is considered to be her comeback track. The latest addition to the list of Cardi B's songs, titled "WAP" also features Meghan Thee Stallion. Additionally, on the feature film front, she was seen in the Jennifer Lopez-led 2019 movie, Hustlers. Details regarding her upcoming projects will be made available as soon as the official sources reveal the same.

WE RECOMMEND
Cardi B's "see-through" outfit is actually a case of optical illusion; Details Inside
Cardi B tweets about wanting to own an owl; Fans send all kinds of reactions
Cardi B plans to write a song about her hardships of not having a driver's license
Cardi B to make acting debut as lead in Paramount Pictures' 'Assistant Living'
Chrissy Teigen & other celebrities react as Donald Trump gets impeached twice; See tweets