Chrissy Teigen took to her Instagram account and shared a throwback picture. Her husband John Legend left an adorable comment on the picture. Read on to know.

Chrissy Teigen has been spending her lockdown time with her husband John Legend and their kids. The couple has two kids, Luna, 4 and 2-year-old son Miles. The COVID-19 outbreak hasn’t stopped them from entertaining their fans and having some fun. The couple has been very active on social media and has been showing their fans how they are spending their time in quarantine.

Chrissy Teigen shared a throwback picture on her social media. However, the sweet comment that John Legend left on the picture is making the fans go gaga over the couple. Check out the post and see the comment.

Chrissy Teigen took to her Instagram account and shared a throwback picture that was taken nearly nine years back. In the picture, she is seen wearing some neat eye makeup along with some nude lipstick. She styled her hair with two small braids in the front and left her hair open in the back. She mentioned that she had taken the picture from a fan account, who initially posted the picture. she even mentioned that the picture was taken at a fashion show and how she was star-struck after she saw Jon Gosselin. 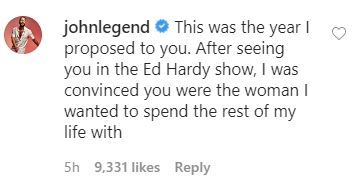 John Legend shared a sweet comment on Chrissy Teigen’s post saying that when he saw her at that very fashion show he knew that he wanted to spend the rest of his life with her. He wrote, ‘This was the year I proposed to you. After seeing you in the Ed Hardy show, I was convinced you were the woman I wanted to spend the rest of my life with.’ [sic] 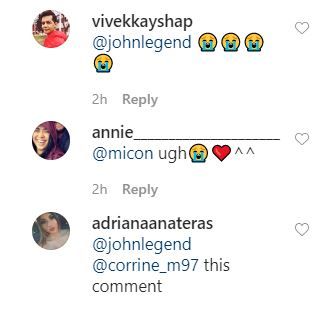 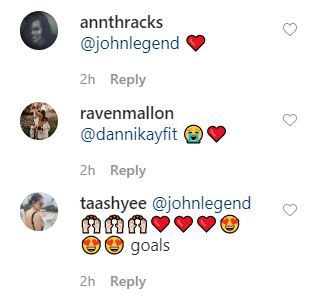 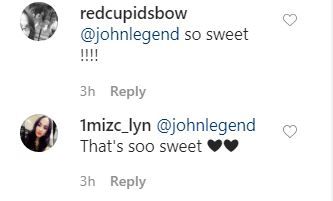 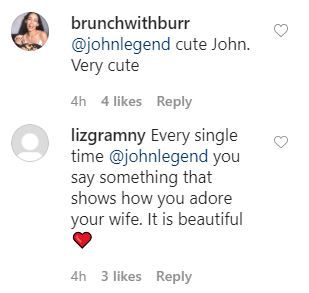 ALSO READ: Chrissy Teigen Gets Bearded Dragon For Kids, Promises To Give It 'lots Of Love & Cuddles'

Chrissy Teigen shared a picture from the trip on her social media in 2016 and wrote, ‘Back to where it all began - Lake Como, Italy - first came here in 2007. A boat tour guide took us to a little spot on the lake and told us to make a wish. I asked for this to be the man I marry and have children with. I think John asked for the most perfect bite of cacio e pepe. Both came true, and here we are.’ [sic] John Legend proposed to Chrissy Teigen while on a vacation to the Maldives in 2011 and they tied the knot in 2013.