Don Cheadle has received praises for his performance as James Rhodey aka War Machine in the MCU. Read to know how much he has earned from the Marvel movies. 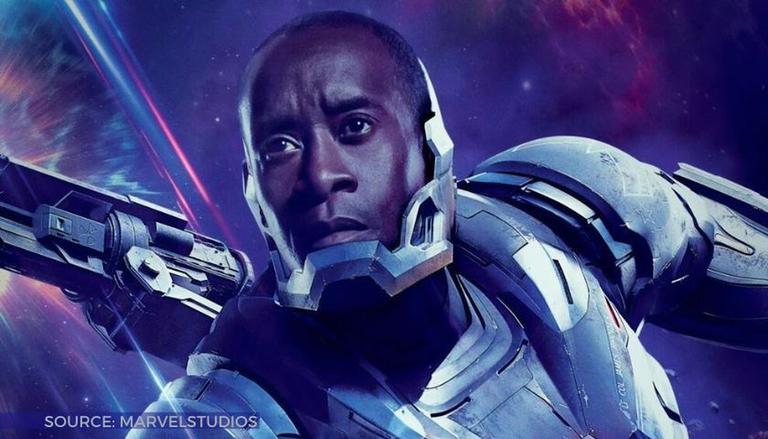 Don Cheadle has been part of the Marvel Cinematic Universe (MCU) for more than a decade now. He plays James “Rhodey” Rhodes aka War Machine. The actor has appeared in six films in the MCU and has garnered appreciations from the audiences, but his salary to portray the character is reportedly quite low.

Also Read | Don Cheadle: A Look Back At The Actor's Appearances In Marvel Films As War Machine

Here’s how much Don Cheadle has made from Marvel movies

Don Cheadle made his MCU debut with Iron Man 2 in 2010. He replaced Terrance Howard who previously essayed the role in Iron Man. Howard was supposed to get $8 million to reprise Rhodey, but things did not work out and he left the project. Cheadle was then called in to play the character. The first edition of Don Cheadle’s Marvel movies did not get him much money. He was paid only a million dollars for his debut as War Machine. The actor made less amount of money, even compared to Terrance Howard’s debut MCU performance which got him around three to four million dollars.

Marvel Studios actors like Robert Downey Jr., Scarlett Johannsson, Chris Hemsworth, Chris Evans, and others reportedly get over $20 million just for one film. Downey Jr., considered as a pioneer actor as he kickstarted the MCU, makes the most. Although Don Cheadle has been among the top cast member, his salary has been low. Anthony Hopkins earned more than him in the first Thor movie.

Also Read | Did You Know Tony Stark's Two Best Friends Did Not Interact Before 'Avengers: Endgame'?

Even after Don Cheadle’s Marvel movies success, there was no extensive raise in his paycheck. He has appeared in big-budget films like Iron Man 3, Avengers: Age of Ultron, Captain America: Civil War, Avengers: Infinity War, and Avengers: Endgame. The actor’s salary for each of them was close to only $6 or $7 million.

Cheadle’s co-star like Robert Downey Jr. and Scarlett Johansson reported got over $50 million for their last outing in the MCU. Bradley Cooper, who does not even appear on camera and only lends his voice for Rocket Racoon, had higher pay. Combined Don Cheadle’s net worth from Marvel films would be around $40 million in 12 years, which is quite limited considering the pay of his colleagues, status of his character, the time he spent, and the franchise name.

Nonetheless, Don Cheadle’s Marvel movies gave the Golden Globe-winner worldwide recognition. His run in the MCU is still going on while RDJ, Johansson, and Evans have retired. Cheadle has bagged a solo Marvel series titled Armor Wars and will soon be seen in a cameo in The Falcon and the Winter Soldier.