Dwayne Johnson Shares Video Of Daughter Tia As She 'cleans His Muscles'; Check Out

Dwayne Johnson took to his Instagram on January 11, 2021, and shared a video of his daughter Tia, while she was 'cleaning his muscles', have a look.

Dwayne Johnson shared an adorable video with his daughter Tia yesterday on January 11, 2021 as she ‘cleaned his muscles’. Tia also gave Johnson his favourite toy ‘pupples’ to snuggle with while she did her job, and the actor has penned an adorable caption to express it all. Read further ahead and take a look at the heart-warming video.

Dwayne Johnson took to his Instagram yesterday on January 10, 2021, to share a video with his daughter Tia as she claimed to ‘clean his muscles’ with a comb. Tia prepped Johnson for the cleaning session by giving him his favourite snuggle toy, ‘Pupples’ and he is seen being confused in understanding what the toy’s name is. Then, Tia brings and eye mask and puts it on her dad herself and asks him to keep his eyes closed for 20 minutes, as she continues to cleanse his muscles with a comb.

Dwayne wrote an adorable message in the caption as to how these moments are important and his work can wait if he has to spend time with his kids. He wrote, “Usually I like mommy to clean my muscles. Just love that regardless of how busy we all may be - moments like this makes time slow down to a crawl. Hey, I’ll take it... my business can wait. So kind of baby Tia to give me my favourite kitty kat, “Pupples” to snuggle, which brings to mind another inappropriate joke but I’ll refrain. Enjoy your Sunday, my friends!”, followed by the hashtag #littlethings and a black heart emoji.

The post has been liked 1,151,215 times so far since it was shared yesterday and has people adoring the father-daughter duo, in the comments, take a look. 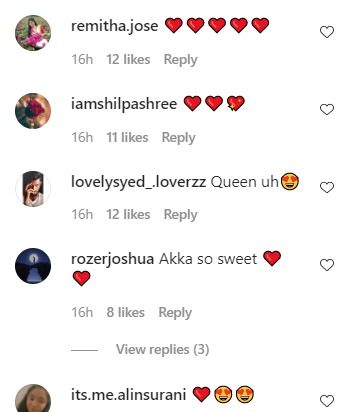 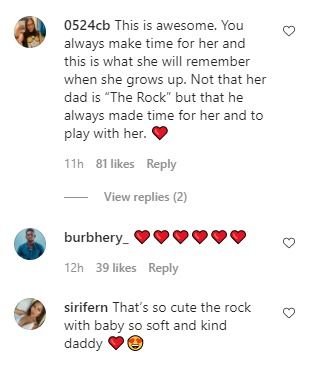 The actor who often shares video with his family on Sundays as he spends time home on weekends followed this post with videos of his #CheatMealSunday.

Also Read:  10 Adorable Pictures Of Dwayne Johnson Having Light Moments With His Daughters