Elon Musk's Adorable Picture With Son X Æ A-12 Is Winning Hearts Over The Internet; See

Elon Musk uploaded a picture with his son X Æ A-12 which is being called adorable by fans and has been winning hearts over the internet. Read to know.

Elon Musk recently shared an adorable picture of his son, X Æ A-12. Ever since the birth of X Æ A-12, people have been wondering the right way to pronounce the name or if it is a code for the actual name. Regardless, the new picture of X Æ A-12 has fans charmed as Elon can be seen playing with his young boy.

Also Read | Elon Musk And Grimes Reveal How To Pronounce Son's Name X Æ A-12, But They Differ Again

A new picture of X Æ A-12 has been posted by Elon Musk and this time the young one can be seen with his dad. The two looked adorable in the picture.

Young X Æ A-12 was asleep while Elon Musk just glanced at his boy in the most adorable way possible while holding one of his toys. Fans showered the picture with likes and comments and called it cute. Ever since the first picture of X Æ A-12 broke the internet, Elon Musk has been uploading quite a few pictures of his son, some are adorable while some are just quirky.

Fans of Elon Musk are still trying to figure out a way to pronounce the name X Æ A-12 or even decipher it, if it has a different meaning. 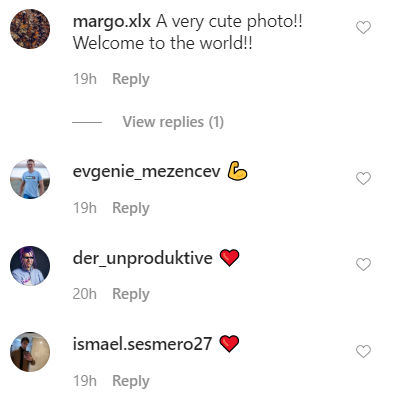 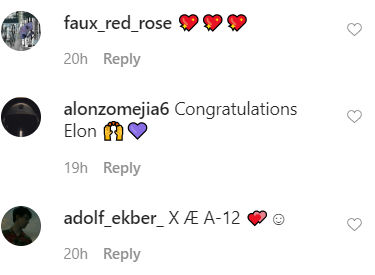 Since the day, X Æ A-12 was named publically by the parents, netizens have been trying hard to decipher the name of the young boy. Prior to this picture, Elon got a number of likes and comments on the first picture he uploaded with X Æ A-12. A user on Twitter asked Elon Musk to share a picture with X Æ A-12 and predicted that it would break the internet.

Just as predicted, the picture of Elon holding young X Æ A-12 was quite a hit and managed to get enough attention from netizens.

A pic of you holding the baby would break the internet ... please share one ðŸ¤ž

PEOPLE HAVE PLEDGED SO FAR
LATEST NEWS
View all
16 hours ago
Brad Pitt's top notch performances in these movies will blow your mind
11 hours ago
'Uncut Gems' ending explained; here's how Adam Sandler dies in the film
15 hours ago
Angelina Jolie's birthday: Here are some obscure facts about the 'Maleficient' actor
16 hours ago
'Modern Family' star Fred Willard died of cardiac arrest: reports
14 hours ago
Jennifer Lopez's 'Hustlers' is a movie one must not miss watching; read 5 reasons why