Despite being a popular actress, Eva Mendes refrains from the limelight and likes to keep her personal life with her longtime beau, Ryan Gosling, low profile.

Despite being a popular Hollywood actress, Eva Mendes refrains from the limelight and likes to keep her personal life with her longtime beau and actor Ryan Gosling, low profile. When it comes to posting pictures on her Instagram handle, Eva Mendes has shared several throwback pictures from her childhood or gorgeous photos of her from red carpets and fashion events. But when it comes to her personal life, she has been careful regarding posting photos of her children or her husband.

As per reports, recently the 46-years-old actress had been answering questions on Instagram in a shared picture of artwork by René Magritte. A fan asked the Ghost Rider star the reason why she doesn't upload pictures of her family, Eva then revealed that there is always a clear boundary for her when it comes to her husband and children. She revealed that she needs to go take care of her boundaries and limits, which is why she will never post pictures of her daily life. 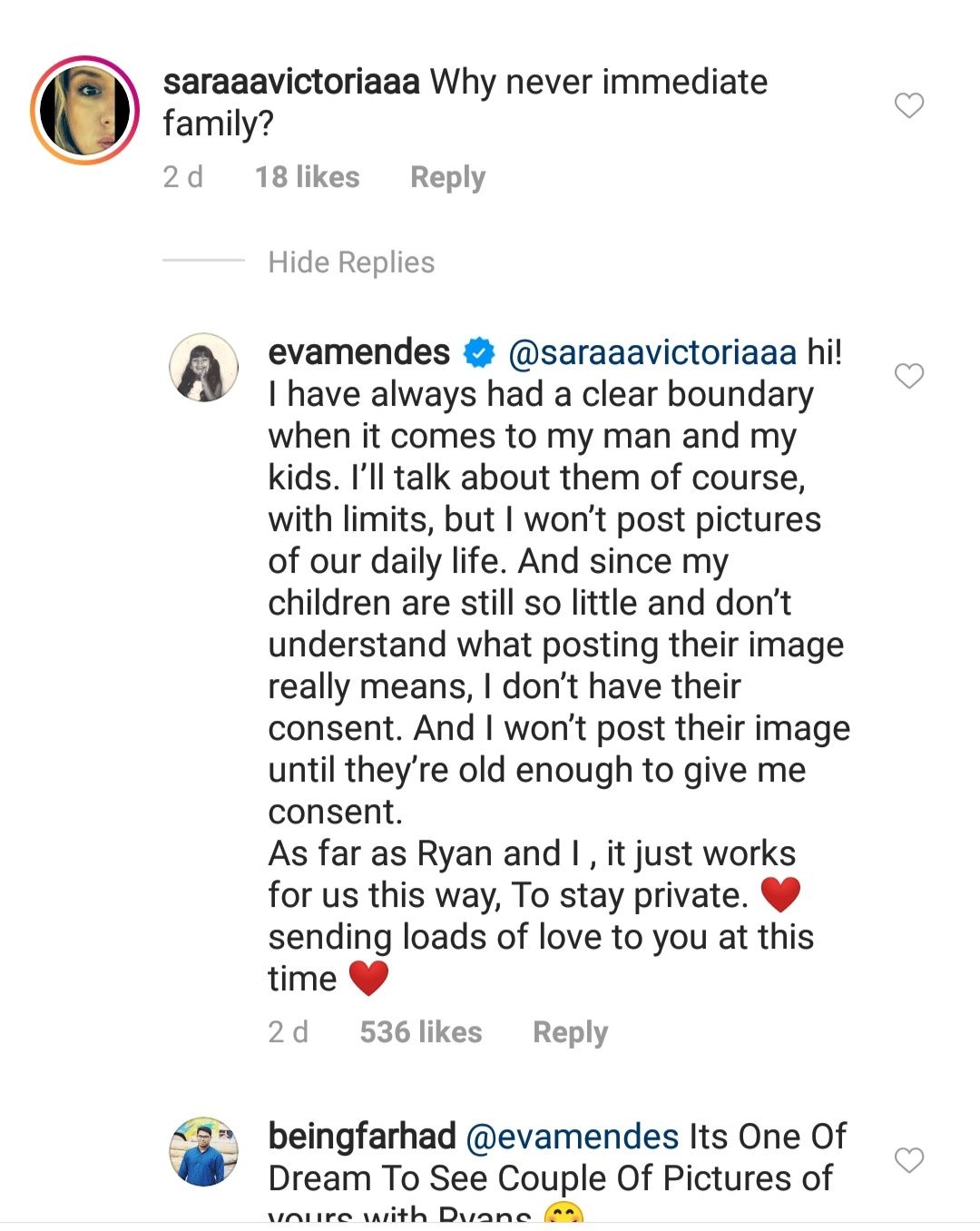 Mendes also added that since her children are still so little and don't understand what posting their image means, she does not have their consent. And she will never share their pictures on social media until they are old enough to give their consent.

According to reports, the star couple has been together for about nine years. They publicly announced their relationship in 2011 after they co-starred in the crime drama The Place Beyond The Pines, that released in the year 2012. The two welcomed their daughter Esmeralda in 2014 and Amada about two years later. As per reports, the couple got hitched in 2016, but a representative of the two has denied such claims.

PEOPLE HAVE PLEDGED SO FAR
LATEST NEWS
View all
1 day ago
Weinstein raped me in 1994 at age 17, woman says in lawsuit
1 day ago
‘Training Day’ actor Denzel Washington helps homeless man as cops conduct a frisk search
10 hours ago
Dakota Johnson picks 'Fifty Shades' co-star Jamie Dornan over his reel character in a game
10 hours ago
'Teen Mom' Cheyenne Floyd calls out co-stars for their 'silence' over George Floyd death
11 hours ago
Taylor Swift calls out Donald Trump on Twitter, fans make it her most-liked tweet ever