Recently, Halle Berry hit back at the troll who tried to criticise her for letting her six-year-old son, Maceo, walk around in high -heels boots. Read on.

Hollywood actor Halle Berry has often grabbed the attention of her fans and followers on the internet. But trolls got an opportunity to slam Halle Berry in the comments section of one of her recent posts. It seems like Halle Berry has enough time during this self-quarantine to clap back at trolls as she replied to a few of them.

Interestingly, Halle Berry shared a short video, which features one of her kids, who is wearing Halle Berry's high-heel boots. Her 6-year-old son, Maceo, is seen walking in those heel boots. Instagramming the video, the Kidnap actor wrote a caption that read, '#Quarantine Day 12 ðŸ¥´'. The video garnered 500k+ views within a few hours. Many of Halle's co-stars and friends dropped adorable comments in the comments section.

The comments section of Halle Berry's received a few criticising comments. One of the internet users wrote, 'My son never played in my heels', while another one typed, ' hope that's the daughter'. Leaving a reply for such mean comment she wrote, 'harmless fun. Tryna survive right now. You feel me?'. Correcting another internet user, who was confused if the child in the video is he or she, Halle wrote, 'well it’s a he (ðŸ˜‚) and he is having a ball. Tryna cope the best he can. Laughter helps a lot right now ! ♥ï¸'. 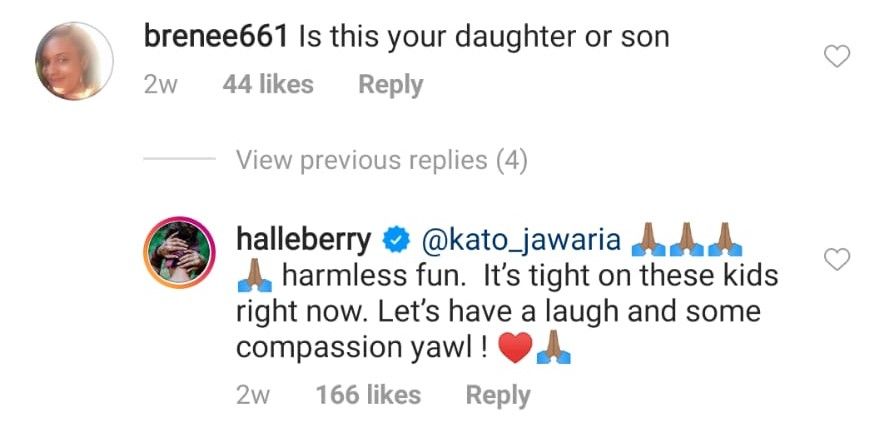 READ | Halle Berry Sets And Breaks Her Own Record, Gains Six-pack Abs At 53 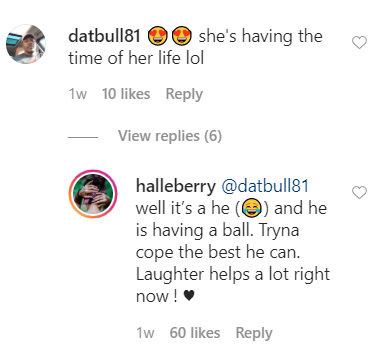 Apart from this, the Extant actor has also been sharing many tutorial videos on her YouTube channel and social media wall amid the self-isolation. A couple of weeks back, her makeup tutorial video caught the eyeballs of her fans and followers. She also keeps giving fitness tips to her followers amid the lockdown.

PEOPLE HAVE PLEDGED SO FAR
LATEST NEWS
View all
6 hours ago
Pamela Anderson reveals she still wears her red 'Baywatch' swimsuit
6 hours ago
Josh Trank says it was inspiring' to work with effortlessly talented' Tom Hardy
1 day ago
'Jurassic World 3' might resume filming in July, says Sam Neill
2 hours ago
Arnold Schwarzenegger shares workout video with pet donkey Lulu by his side; Watch
1 day ago
Taylor Swift's tweet addressing the President & other top tweets of the week