As it turns out, Ryan Reynolds' 'Deadpool' played an important role in how he got the offer to play the title role in 'Pokemon Detective Pikachu.' Details

Ryan Reynolds, most popularly known for playing the title role in the film ‘Deadpool’ and ‘Deadpool2,’ is a Canadian-American television and film actor, producer, and entrepreneur. He has a wide array of films under his name that he has starred in such as ‘Blade: Trinity,’ ‘6 Underground,’ ‘The In-Laws,’ ‘Green Lantern,’ ‘The Proposal,’ ‘Change-Up,’ and many more. Ryan Reynolds’ movies have hailed from all different types of categories including animation, superhero, romance, comedy, action, thriller, drama, and horror. Ryan starred as ‘Pikachu’ in the film ‘Pokemon Detective Pikachu’ but did you know that his success as ‘Deadpool’ helped him land the role? 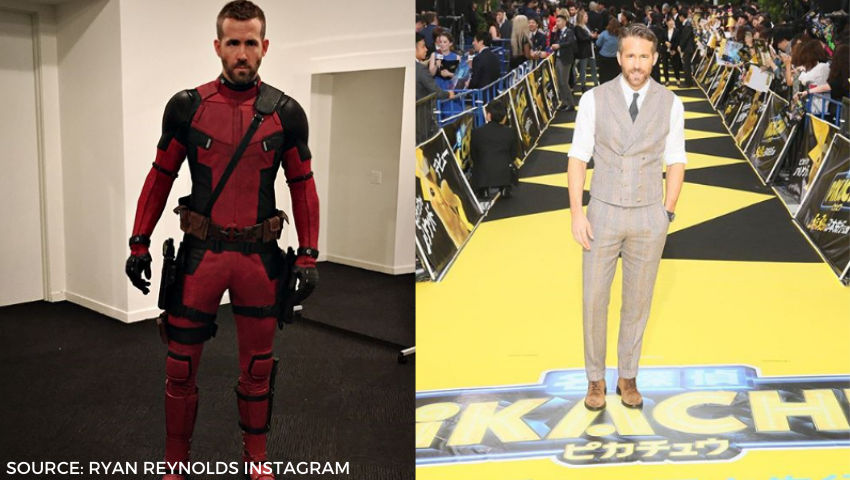 Also Read: Ryan Reynolds Says 'Free Guy' Is More Than A Video Game Film, Calls It His Best Movie Ever

Ryan landing the role of ‘Pikachu’

On an episode of ‘The IMDb Show,’ where the host interviewed the cast of ‘Pokemon Detective Pikachu,’ Ryan got talking about how in the first place he was cast as the voice and facial motion capture of the title character ‘Pikachu.’ According to the actor, the team of ‘Pokemon Detective Pikachu’ had approached him with a completed CGI clip of the animated character of ‘Pikachu’ with Ryan’s voice. When the host asked him about what chunk of Ryan’s audio was used in the said clip, Ryan revealed that it was from ‘Deadpool’ his 2016 superhero film. He claimed that the chosen audio on the character of ‘Pikachu’ worked very well and that he was impressed with it.

Also Read: Who Is The Bartender In 'Deadpool 2'? Know If Ryan Reynolds Plays The Role Or Not

‘Pokemon Detective Pikachu’ was a success

‘Pokemon Detective Pikachu’ is an animated mystery film revolving around ‘Pikachu’s character. The story is based on the ‘Pokemon’ franchise that consists of many fictional characters. The film stars Ryan Reynolds, Justice Smith, and Kathryn Newton along with several other actors. The film was released in theatres on May 8, 2020, in the United States of America and was a huge commercial success. It had already begun trending on YouTube and Twitter right after its trailer was launched.

Nailed it. ðŸ™Œ Grab your tickets to see #Detective Pikachu, in theaters May 10: bit.ly/PDPTickets.

A post shared by POKEÌMON Detective Pikachu (@detectivepikachumovie) on May 2, 2019 at 9:13am PDT

Also Read: 'Deadpool 2' Ending Explained: What Happens In The Climax Of The Ryan Reynolds Starrer?

How Ryan’s performance in ‘Deadpool’ helped him?

In the eighth movie of the superhero film series of ‘X-Men,’ Ryan Reynolds starred in ‘Deadpool’ as the lead and title character of the film. The film is based on the famous character of ‘Deadpool’ from the ‘Marvel Comics. The film became a huge success and was loved by the audiences globally. Ryan plays the antihero role of ‘Wade Wilson’ who acquires mutant characteristics and turns into ‘Deadpool’ to try to hunt the man who gave him the mutant powers and scarred his face as well. Ryan’s performance in the film and even in its sequel ‘Deadpool 2’ was widely appreciated and praised by everyone.

Ryan Reynolds is a versatile actor who has proven his talent time and again with his extraordinary performances in various genres of films. The actor’s wit and sense of humour is another quality that has always made him stand out online and in person. Ryan Reynolds’ videos of him promoting his business ventures have also confirmed it, where he is seen using a unique sense of humour that appeals to his audience. The actor’s social media stands as more proof of the same.