Is Dolly Parton Related To Billy Ray Cyrus? Everything You Must Know About Their Bond

Is Dolly Parton related to Billy Ray Cyrus? is one of the most frequently asked questions on the internet. Read on to know everything about their equation. 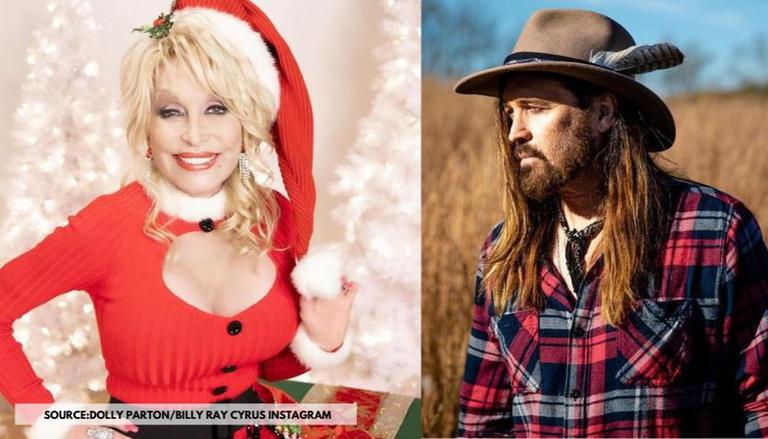 "Is Dolly Parton related to Billy Ray Cyrus?" is one of the most frequently asked questions on the internet. It has been said that the legendary musicians do have a close familial bond, but Netizens have been wondering for long if the two are actually related by blood or have had a romantic relationship at any given point in time.

It is a known fact that Parton and Cyrus go back many years and have toured together, which perhaps has what left the Internet dwellers wondering about the actual nature of the equation between them. This article will attempt to answer the question, "Is Dolly Parton related to Billy Ray Cyrus?" on the occasion of Dolly Parton's birthday.

A look at Dolly Parton's family:

Dolly Parton's family, as per a report on CountryLiving.com is made up of herself, her spouse, business tycoon Carl Thomas Dean (To whom she is married since 1966), and her 11 siblings and their partners/spouses, if any. At the age of 75, Parton stands as the third eldest sibling, with the first one being the American Author Willadeene Parton, who is 80 years old as of this writing. One of the siblings, Larry Gerald Parton, reportedly passed away and another sibling, Floyd Parton, breathed his last on 6th December 2018 at the age of 61. As far as the Parton family's connection to the Cryus clan goes, none of the siblings are, or, have ever been romantically linked with a member of the Cyrus family.

Also Read: Dolly Parton's Fans Laud Her After Watching Her Show; Call Her 'an American Treasure'

As per a report on Express.Co.Uk that was published on July 29th of last year, Dolly Parton and Billy Ray Cyrus' story as close friends began when the latter began touring together. The two were seen on the road shortly after Cyrus released a single known as "Achey Breaky Heart" back in 1992. The report implied that Parton looked at Cyrus as her protege, and while talking about him, the music legend said something on the line of him being the nicest, sweetest people that one would ever want to meet.

As per the report, shortly after Miley Cyrus was born to Billy, he asked Dolly Parton to be her godmother. It was an offer that she reportedly graciously accepted. Fourteen years later, Parton appeared as a guest on Miley Cyrus' Disney Channel show, Hannah Montana, indicating that the bond between the Parton and Billy Ray Cyrus had percolated to Miley as well. It is said that Miley Cyrus' godmother Dolly Parton is reportedly very close to her as well and keeps advising the 28-year-old about any topic under the sun. The very same report on Express.Co.Uk also clearly states that no other kind of relation, be it blood or otherwise, exists between the two.