Jaden Smith's Quirky Comments On Instagram Are Winning The Internet

Jaden Smith, the son of famous Hollywood actor Will Smith and Jada Pinkett Smith. But he has also made a name for himself in Hollywood with his songs. He shot to fame with his debut movie Karate Kid which also starred another famous Hollywood actor Jackie Chan. He is known for his creativity and way with words, which is proved often through his Instagram captions. Here are a few quirky Instagram quotes by the singer:

During a photoshoot with an international magazine, Jaden Smith had posed with his sister Willow Smith. The theme for that particular issue seemed to be the future generation. However, Jaden added a very quirky and sarcastic comment saying, "The Eyes Of The Next Generation Are Bright". But in the picture, he and his sister's eyes look void, almost devoid of any emotion. Fans have also reacted hilariously to Jaden's caption on his photo. 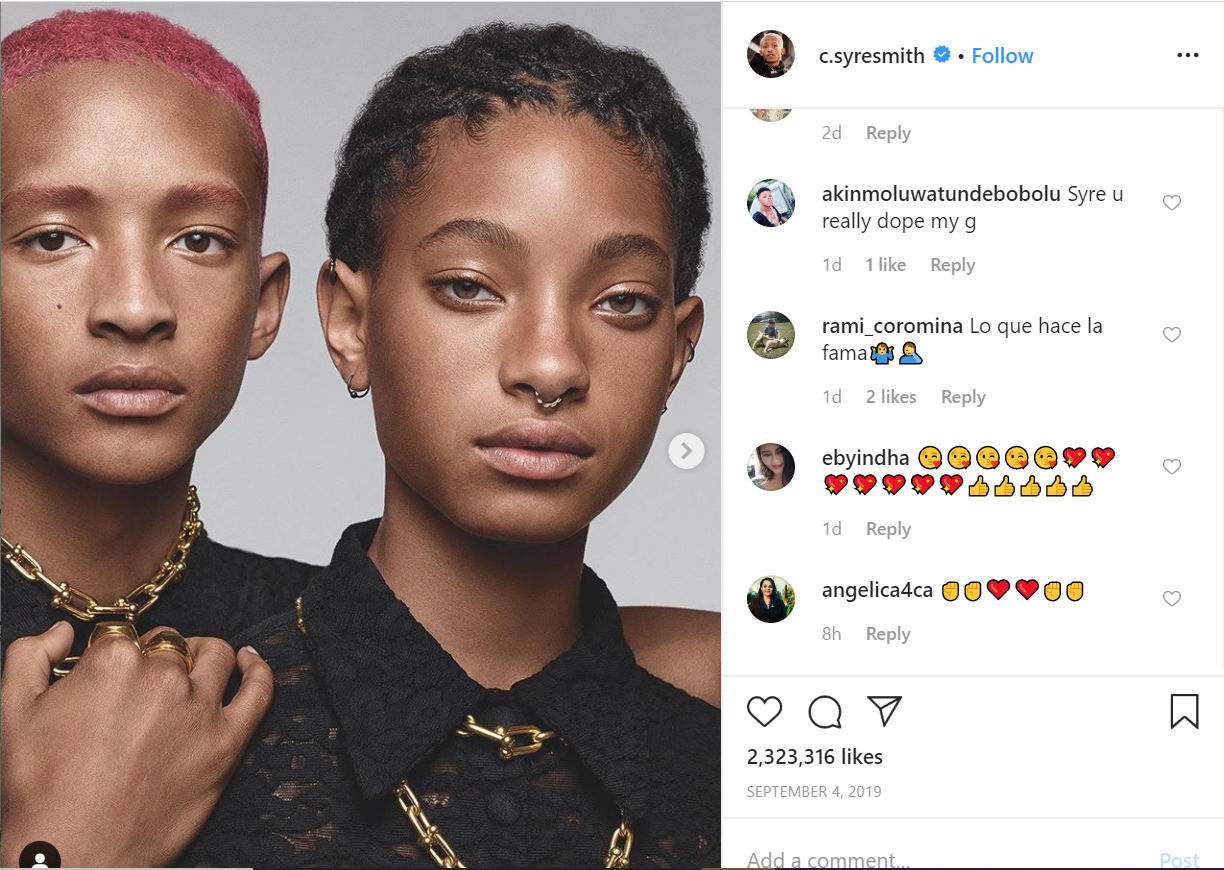 Also Read: Will Smith Backs Mena Massoud After His Confession Of Not Auditioning Since Aladdin

Jaden Smith on Instagram had posted another photo where he was using his mobile phone. He was dressed in a black sweatshirt and black jeans. He paired white sketchers with his outfit. For the caption, Jaden wrote, "I'm Trying Something New, For The Youth." Fans seemed to wonder what he meant by this but Jaden probably meant him using the phone. 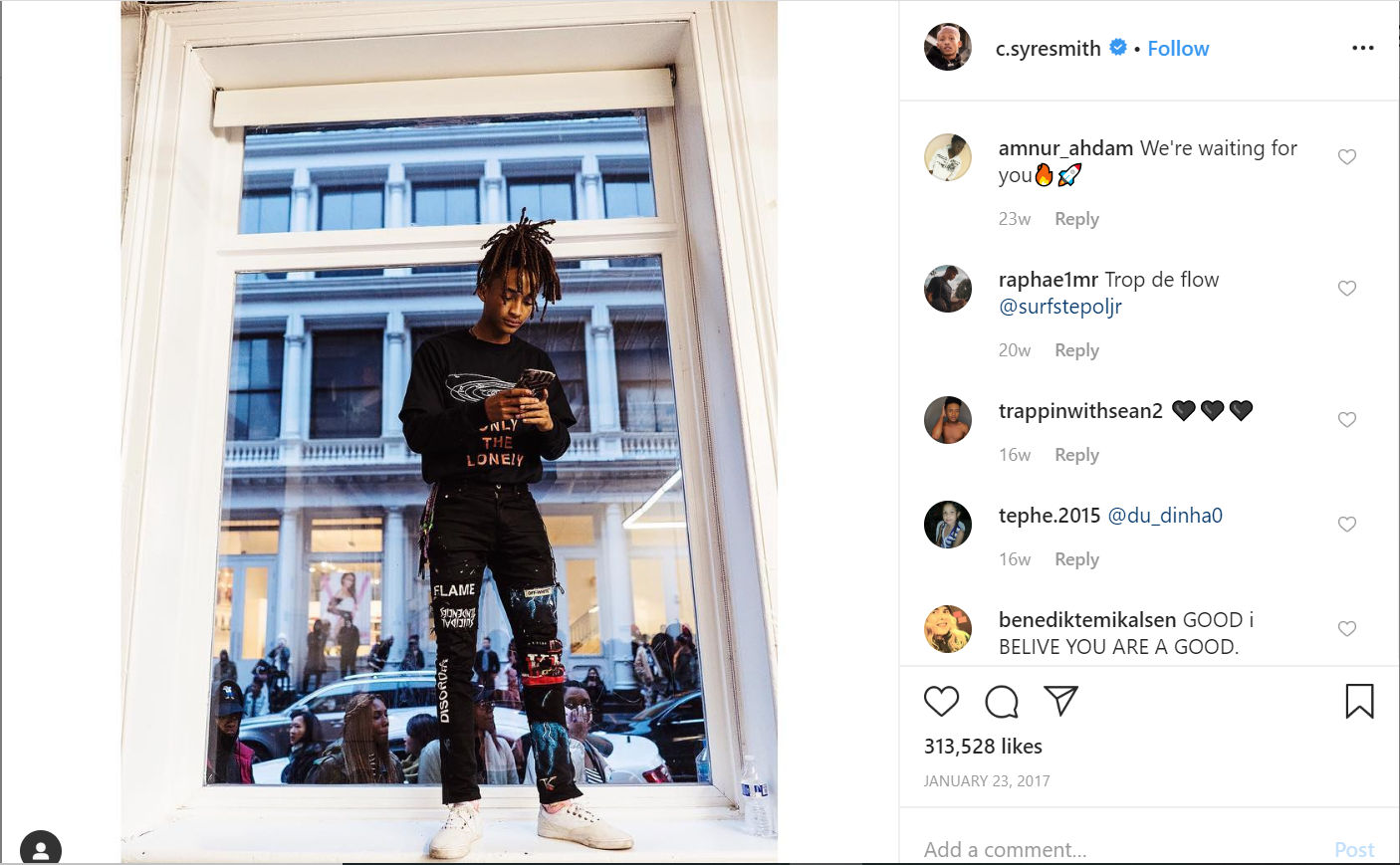 Also Read: Will Smith Movies To Be Released In 2020 That You Should Not Miss

Also Read: Will Smith's Net Worth: How Much Is The Acclaimed Actor Worth?

In a blue-tinted photo of Jaden Smith on Instagram, he brought out his quirky side with the caption. He is seen chilling in a very laidback posture in the photo. He is sporting casual clothes- jeans, T-shirt and denim jacket, along with a pair of shades. He captioned his Instagram photo as, "Slip Into The Same Old Dream Every Night". Fans also got into the mood and made similar quirky comments. 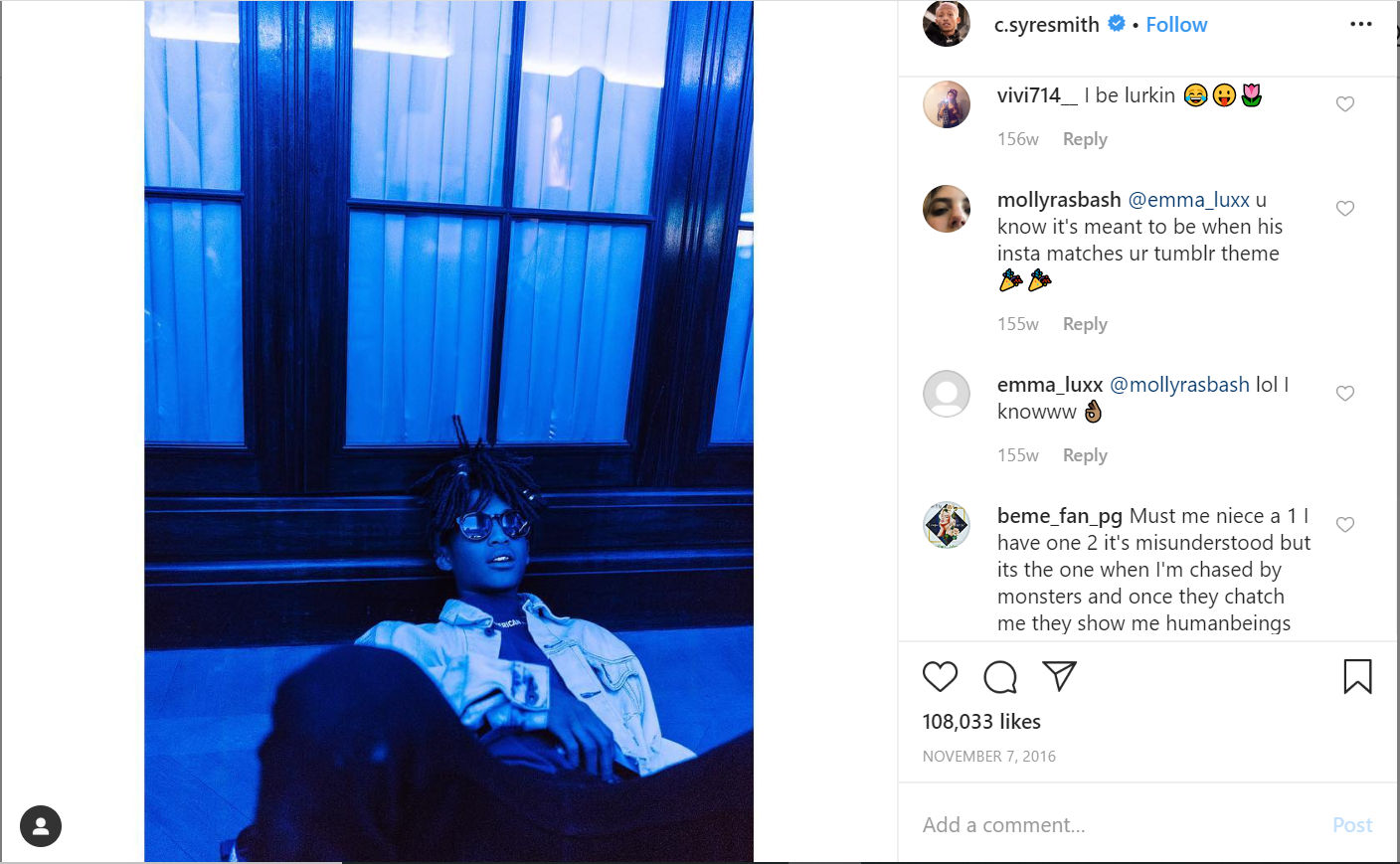 Also Read: Will Smith Regrets Turning Down The Trailblazing Film 'The Matrix'