Janhvi Kapoor shared a beautiful video from her time back in Varanasi. She is missing Varanasi according to the latest post on her Instagram.

Janhvi Kapoor is doing all things creative during her time in lockdown. The 23-year-old actress has shared photos of her painting, and post videos of her spending time with her sister while the two tried to shed the boredom of the quarantine. Recently Janhvi Kapoor shared another throwback video in which she is exploring the ghats of Varanasi.

Janhvi Kapoor’s charming video from her time in Varanasi

In the video that Janhvi Kapoor shared, the star kid is dressed in a traditional leaf print kurta with contrast green dupatta. She is sitting on boating, sailing along the various ghats of Ganga. Janhvi Kapoor’s hair is left open while it medleys with the wind. After a few seconds of gazing into the unknown. Janhvi Kapoor is looking back at the camera. The slow-motion video had a mystic vibe to it, as it was edited with a rustic old frame and given fine-tuned music.

Check out the video of Janhvi Kapoor that she shared

Janhvi Kapoor shared the video on her Instagram and wrote, “Missing Varanasi”, and from the looks of her video, the place is worth missing. The actress received many kind words as reactions in the comments section. While some fans couldn’t eye away from Janhvi’s look in the film, others complimented the location. One fan wrote, “We also miss you!” As the actress has stayed away from filming and projects due to the countrywide lockdown. Furthermore, she was poured with heart emoticons on the picture that she shared.

See the reactions that Janhvi Kapoor’s video received on Instagram 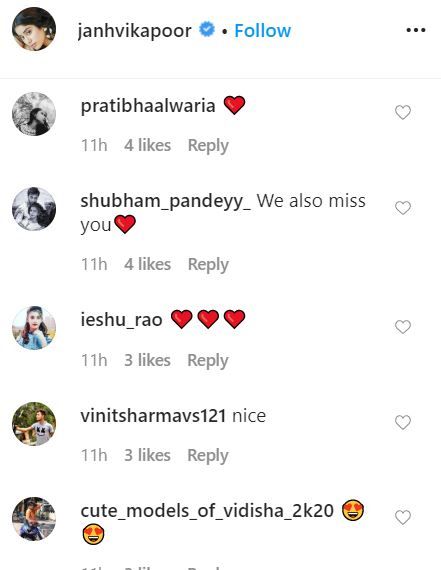 PEOPLE HAVE PLEDGED SO FAR
LATEST NEWS
View all
16 hours ago
David ayer says his version of the 'suicide squad' was "better"
1 hour ago
Kevin hart reveals his family makes him play 'who can be quiet the longest?' in quarantine
1 hour ago
Kevin hart reveals he hid his pain from doctors after 2019 car mishap
13 hours ago
Kim kardashian shares her high-intensity workout routine that she follows amid lockdown
15 hours ago
From elon musk to jay z, check out celebs who gave unusual names to their kids