Jennifer Aniston has made a lot of appearance in black Golden Globe outfits since the past two decades and here is the list of her best-picked outfits. Read on.

As you may know that the friendly exes have been the centre of attention at the Golden awards recently where all the eyeballs and the camera was on Jennifer Aniston to see how she reacted to Brad Pitt's award acceptance speech (won the best-supporting actor award for the film Once Upon a Time in Hollywood). But this is not something new, as Jen has always been in the media eyes since she started her career and made her name from the sitcom Friends. She is still a paparazzi fan even now when she has reached at an age of 50. Here is a look at some of her best Golden Globes outfits from the past two decades.

ALSO READ| Jennifer Aniston's Beauty And Fitness Secrets Are OUT And You Can Steal It Too!

Her one of the best Golden Globe outfit has to be the floor-length black gown with a V neck that she wore at the 2004's Golden Globe awards. All pics/Shutterstock Aniston's high slit dress with a silhouette cut was one of the common designs she opted for many of her Golden globe events. This dress that she wore in 2010 Golden globe awards was one of her best dresses because of the one-shoulder design of the dress that highlighted her envious collar bones. 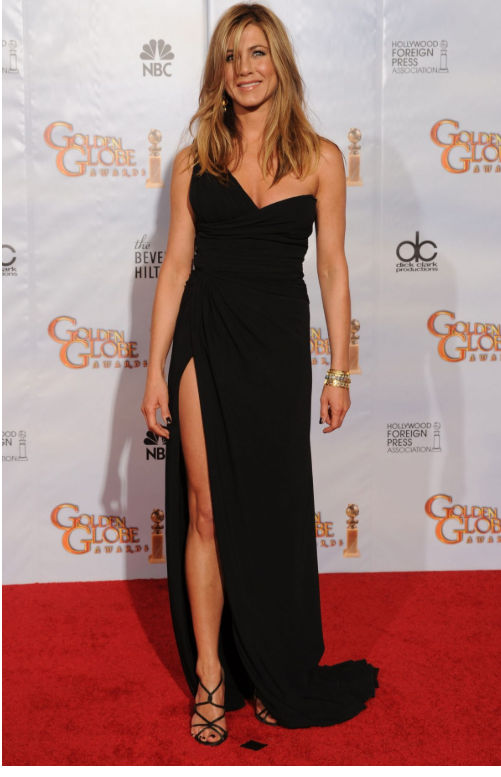 No one will forget Jen's 2020 black Dior Haute Couture gown that she wore with recently along with the vintage Cartier necklace. The Morning Show star who was nominated for the Golden Globes this year looked regal wearing a necklace by Fred Leighton.

In the 2015 Golden Globes, Jen opted for a tied hair look where she was nominated for one of her best portrayals on the silver screen. She was nominated for Actress in a Drama Motion Picture for the movie Cake. Aniston wore a backless Yves Saint Laurent gown with a leg slit. 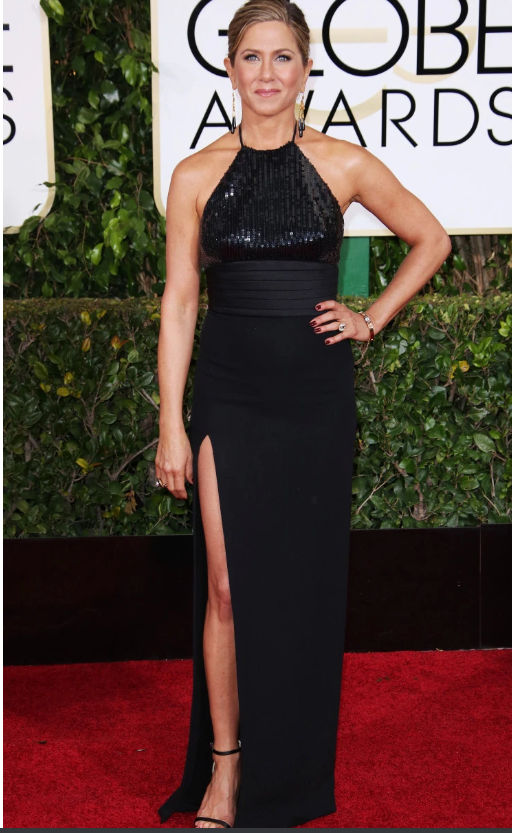 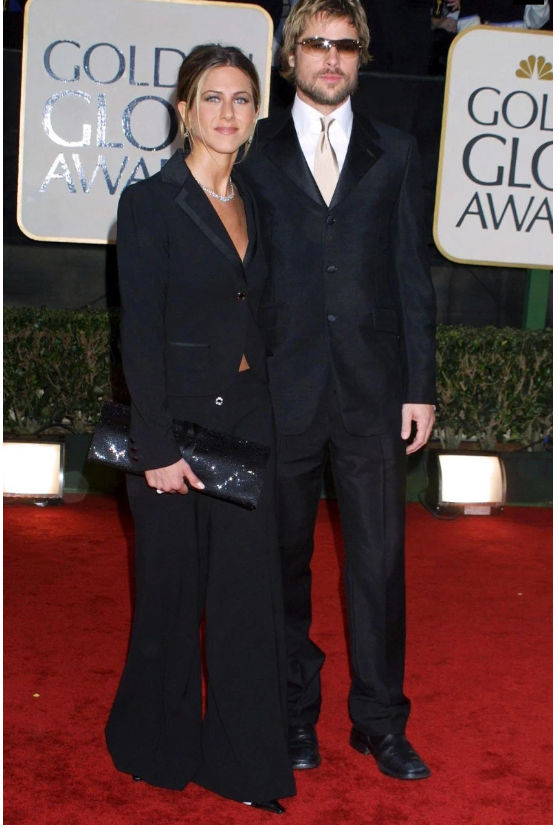 Jennifer Aniston made a lot of viral news in 2019 by breaking the Guinness World Record (for gaining the fastest one million followers). Apart from making viral news, Jennifer Aniston will be seen appearing in many movies scheduled for a 2020 release. Her upcoming movies in 2020 include The Goree Girls, First Ladies (Netflix series), Significant Others, Puma, and Fixer.