Jlo Shares Hilarious Video With Son Max But Fans Wonder 'Is That The House From Parasite?'

Jennifer Lopez or Jlo shared a hilarious video of her son dancing in their backyard. Read on to know how some of the fans reacted to the video.

Jennifer Lopez is a popular American actor, singer, businesswoman who is known worldwide for her charisma and charm. She is very active on her social media account where she has a huge fan following. As many countries are facing a lockdown amidst the Coronavirus crisis, Jennifer Lopez posted a hilarious video of her son from her house as they are practising self-quarantine. Read on to know more about it.

Jlo posts hilarious video of Max as they self-quarantine

Jennifer Lopez posted a video of her son, Max who can be seen entertaining her and Alex Rodriguez. In the video, Max enters their backyard from the house on a hoverboard holding a tray of sparkling water. He shows off a trick to Alex where he pours the drink as he spun on his board. In the second part of the video, he shows some of his best dance moves while on the hoverboard and it collected a lot of laughs. Check out the video below.

Fans wonder if that's the house from Parasite

While Jennifer Lopez was heard cracking up behind the camera as Max approached her spot in the backyard, fans flooded the post with comments. While some appreciated young Max’s hovering skills, some called him an entertainer. There were a few fans of the celebrity who admired her beautiful backyard and the luxurious house shown in the video and asked if they could quarantine with her.

However, there were some fans who were seen wondering if the house shown in Jlo’s video was the house from the movie Parasite. Check out the fan comments regarding the same below. 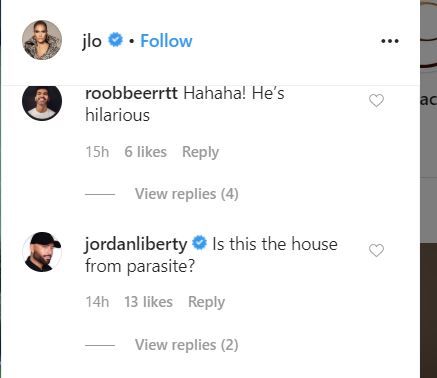 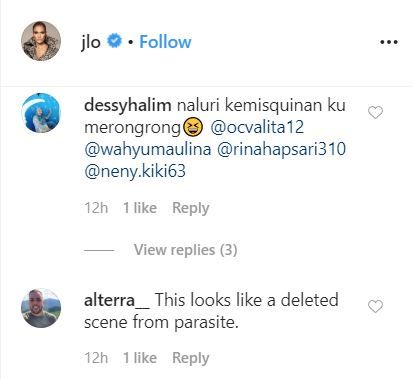 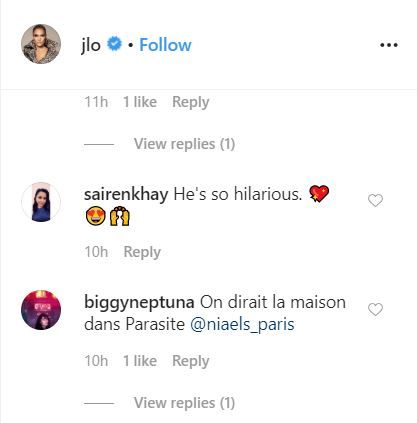