Joel Kinnaman, who will be seen in James Gunn's "The Suicide Squad" very soon, has revealed that he is now engaged to model Kelly Gale. Read on for more. 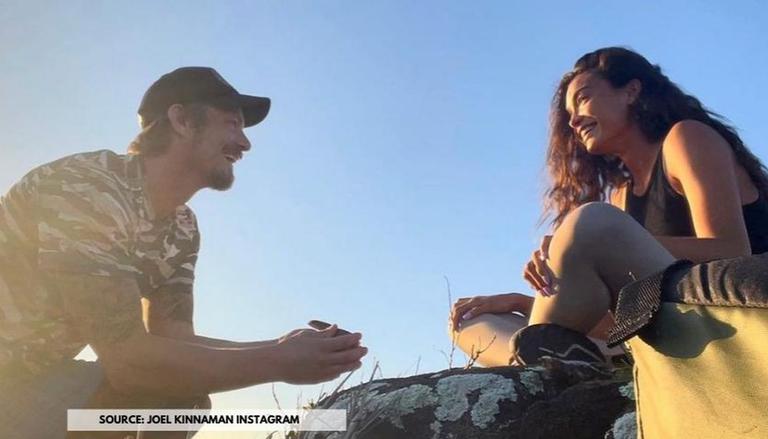 Joel Kinnaman, who will be seen in James Gunn's "The Suicide Squad" very soon, has revealed that he is now engaged to model Kelly Gale. The actor made the announcement of the same through an Instagram post. The reports that read something on the lines of "Joel Kinnaman engaged" have begun surfacing online very recently. The very same post sees Joel Kinnaman and Kelly Gale on what looks like a hiking trip, which is when Kinnaman seemingly chose to pop the question to Gale, who appears to be delightfully surprised. The image featuring Joel Kinnaman and Kelly Gale can be found below.

Shortly after the above post was shared by the Suicide Squad actor, the model herself released a picture of both of them on the top of a hill kissing each other. In the picture, one can see that the engagement ring is very much visible. The photo was captioned "Yours forever" by Gale. The picture can be found below and on Kelly Gale's Instagram handle as well.

Also Read: Did You Know That Will Smith Started Working Out Because Of Margot Robbie? Read Details

As per a report on Sify.com, the couple made their relationship official at the Coachella Valley Music and Arts Festival during the month of April in 2019. A separate report on The Evening Express stated that the couple has been dating for a total of two years, as of this writing. Prior to that, Joel Kinnaman and Olivia Munn, as per a report on The Daily Mail, were seeing each other for a total of two years (2012-2014). Interestingly enough, Kinnaman was also one of the celebrities who wished Kinnaman upon finding out that her old flame is now engaged. Olivia Munn left a 100 emoji on the picture. The screenshot of that comment can be found below. 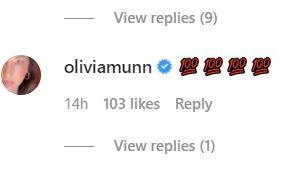 In addition to Munn, it was also observed that the director of his next, James Gunn wished his actor too. The comments section also saw the presence of good wishes from his Suicide Squad co-stars as well. The screenshots of all of those comments can be found below. 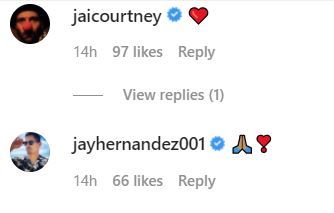