John Mulaney Investigated By Secret Services Due To His 'SNL' Monologue

John Mulaney faced an investigation by the Secret Services. His SNL monologue from February landed him trouble citing inappropriate statements against Trump. 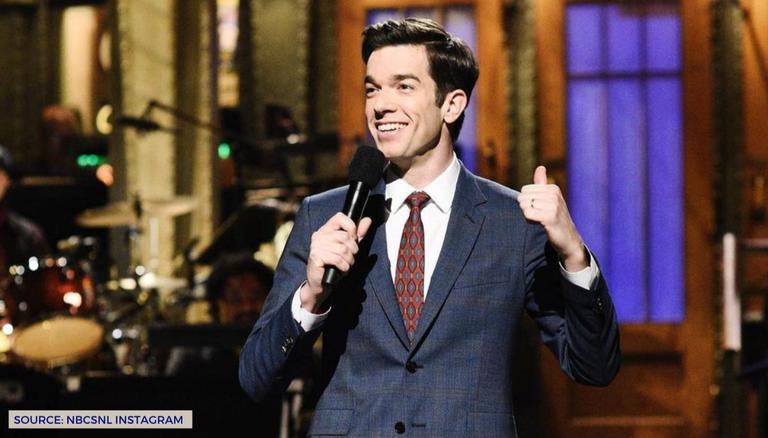 Comedian John Mulaney’s joke landed him in hot water. Last year, Mulaney ended up hosting SNL twice, but during one of his monologues, the comedian’s joke led him to being investigated by the Secret Services. John Mulaney even ended up talking about the same to Jimmy Kimmel on his show. Find out more details about this story below.

SNL has never shied away from stating political opinions. The Emmy award-winning show even recreated the Presidential debate with Jim Carrey playing Biden’s role and Alec Bladwin playing President Donald Trump’s role. Back in 2020, due to the pandemic, John Mulaney ended up hosting SNL twice.

But one of John Mulaney’s SNL monologues became a major cause of concern for him. According to People’s report, the AP obtained a file on Mulaney being investigated by the Secret Services. The investigated reportedly began after Mulaney’s first SNL performance in February and it concluded in December.

According to the file obtained by AP, Mulaney made some inappropriate statements about President Donald Trump but it did not consider the comedian as a direct threat. The investigation focused on how many citizens might get offended by John Mulaney’s SNL monologue. One of the lines from Mulaney’s monologue was even added in the file. It was a statement about how Julius Caesar’s senators killed him and how interesting it would be if the act is brought back again.

During his appearance back in December on The Jimmy Kimmel Show, Mulaney even discussed the same with the host. Mulaney joked about how he was “stoked” to have a file opened about him by the Secret Services. But while experiencing the investigation he did not enjoy it much. While talking about the investigation, John Mulaney revealed that the person who was interviewing him understood the joke and also knew it had no connection to President Donald Trump.

John Mulaney back in rehab

John Mulaney admitted himself to rehab for a 60-day program. The SNL host and comedian has been battling alcohol and cocaine addiction for quite some time. In an interview with Esquire back in 2019, Mulaney had discussed the same. In the interview, he revealed that he had “loved” to consume cocaine and some prescription drugs in his youth. But he had become sober at 23 after a treatment program.