Read ahead and check out John Travolta's pictures making a public appearance with his daughter Ella on Brittany Furlan Lee's 34th birthday.

John Travolta back on Instagram after his wife's demise

Fans and followers of John were quick to offer the actor words of support in the comments section. One of the users wrote, "Hope you're doing ok john and keeping your chin up â¤ï¸â¤ï¸", while another commented, "Hope you and your family are doing well, sending love ðŸ§¡". Another fan reacted saying, "I am glad to see you are doing ok. I know it comes in waves. Grief does not die, it changes. Kelly was so amazing, as are you. I hope you know that you are loved, and thought about often. Thank you for just being wonderful you!!! ". Take a look at some more reactions below. 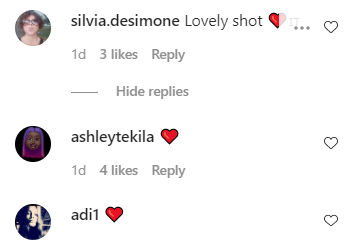 Also Read | Cast of Grease: John Travolta, Olivia Newton and others who appeared in this 1978 musical

Kelly Preston, known for films like Jerry Maguire and Mischief, passed away on July 13, 2020. The 57-year-old star died after a two-year battle with breast cancer, which she had voluntarily chosen to keep away from the public eye, as revealed by her representatives to a news daily in the USA. Announcing the sad news with the fans, John Travolta posted an Instagram picture and wrote a heartfelt note. Take a look at the Instagram post below.

It is with a very heavy heart that I inform you that my beautiful wife Kelly has lost her two-year battle with breast cancer. She fought a courageous fight with the love and support of so many.  My family and I will forever be grateful to her doctors and nurses at MD Anderson Cancer Center, all the medical centers that have helped, as well as her many friends and loved ones who have been by her side. Kelly’s love and life will always be remembered. I will be taking some time to be there for my children who have lost their mother, so forgive me in advance if you don’t hear from us for a while.  But please know that I will feel your outpouring of love in the weeks and months ahead as we heal.
All my love,
JT

WE RECOMMEND
2 months ago
John Travolta's wife Kelly Preston passes away at 57 after 2-yr battle with breast cancer
2 weeks ago
Nicolas Cage roped in to voice lead character in Amazon series 'Highfire'
1 month ago
BTS Jimin is 'disco king' in DYNAMITE teaser; fandom takes over Twitter trends
3 months ago
Cast of Grease: John Travolta, Olivia Newton and others who appeared in this 1978 musical
2 weeks ago
'Paris, Wine and Romance' cast has Jen Lilley, Dan Jeannotte and other noted names