Hollywood star Kaley Cuoco shared an adorable Valentine's Day post with her husband Karl Cook on Instagram. Her ex-boyfriend Johnny Galecki left a wholesome comment under her picture after she called her life forgettable and boring before she met her husband. The adorable couple were seen sharing a kiss with their masks on, in the picture. While several others left adorable comments under the picture, Johnny's remark stole the light in the comment's section.

Kaley Cuoco shared a picture of Karl Cook celebrating the February holiday, posting an Instagram picture of the two embracing each other and sharing a kiss. In the sepia filter picture, the couple wore masks amid the ongoing Pandemic. Along with the picture, she wrote in the caption, "Happy 5 years to the weirdest person I know! I don't remember a moment before you entered my life.. what a boring life that must have been! I love you @mrtankcook !"(sic).

Also Read: Remember Sheldon's Assitant 'Alex' I.e. Margo Harshman? Here's What The Actor Is Up To

Johnny Galecki left a comment under her picture, 'Umm'(sic), wondering if she targetted him, through the caption. Johnny Galecki and Kaley Cuoco had been dating for nearly 2 years and they also starred together on the show The Big Bang Theory. Johnny jokingly took offence at her Instagram caption referencing their time together. 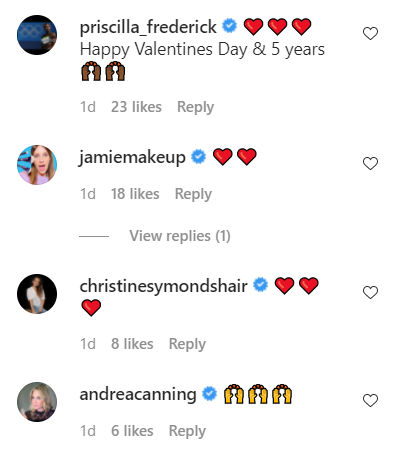 Also Read:  DYK The Big Bang Theory's Sheldon And Amy Teamed Up For Another Show Called 'Call Me Kat'? 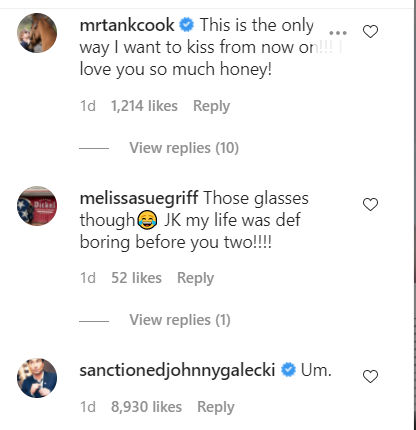 Kaley and Karl's celebrity friends took over their comment section and left a few adorable messages for them. One of the most adorable comments was by Kaley's husband. While Johnny might not be a fan of romantic captions, Karl Cook took Instagram to reply, "This is the only way I want to kiss from now on!!! I love you so much, honey!"(sic). Several others left heart emojis for the couple in the comment section.

Also Read: Jim Parsons Was Initially Rejected For The Role Of Sheldon Cooper In 'The Big Bang Theory'

Another user Priscilla Frederick wished them 'Happy Anniversary' & also wished them 'Happy Valentine's Day'. Kaley Cuoco is married to her professional equestrian Karl Cook, with whom she tied the knot in 2018 after dating for some time. On the other hand, Johnny Galecki recently split from Alaina Meyer after two years. The couple shares a son together.