Justin Bieber and Hailey Baldwin stepped out of their LA home to have a quaint dinner with friends from the industry. See pictures of their outing.

Justin Bieber and Hailey Baldwin Bieber have spent quite some time indoors amid the COVID-19 outbreak all over the world. However, now the couple has started stepping out with friends. After a series of Instagram live videos and interacting sessions with their other celeb buddies, the celebrity husband and wife duo stepped out of their Los Angeles home to have a quaint dinner with friends in West Hollywood.

The 26-year-old Grammy winner was seen outside with friends from the industry dining at Catch LA. The singer shared a picture of their evening outing on his Instagram. Justin Bieber, along with his wife of almost two years, Hailey, were spotted by several paparazzi while heading to the restaurant in LA. Bieber reportedly drove to the restaurant in their Lamborghini. He even shared a few videos from the driver’s perspective flashing the gold and black logo of the luxury car.

Justin and Hailey driving in the luxe Lambo- 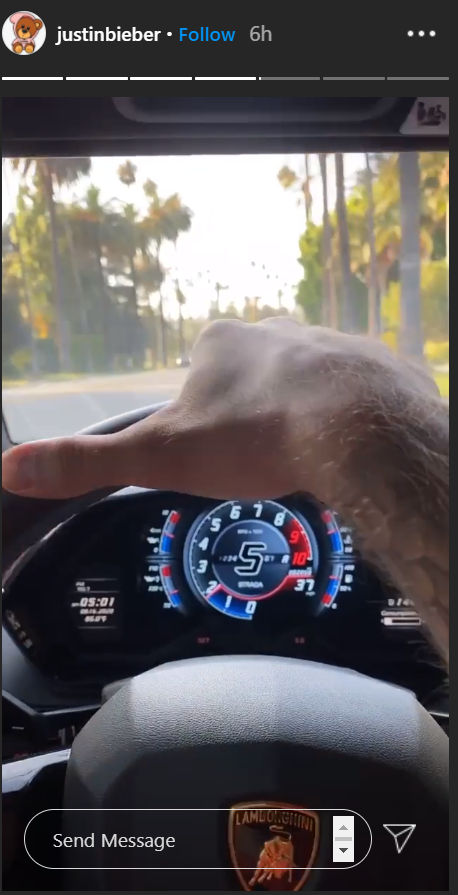 Bieber’s look for the evening was talk of the town as the Sorry singer wore a baby pink slack pant with a darker sweater over a shirt. The singer completed the look with a grey beanie headcover. Hailey Bieber, on the other hand, opted something that enhanced her taut midriff, a cropped grey tank top, a beige short paired with an oversized jacket. She opted for a minimal look with her heavy studded hoops and a sleek hairdo. Apart from that, she donned a layer of neckpieces to accent her beige look. The highlight of her look was the contrast strappy stilettos in red. 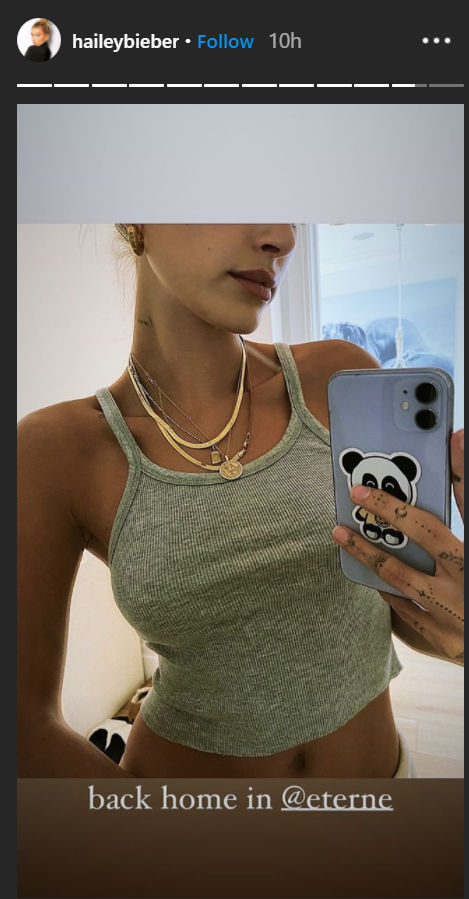 Justin shared pictures from inside the restaurant. He wrote, “Me and my team” with several friends from the industry in the picture. The group was all smiles for the camera. He later shared a bare-chested selfie with his pink slack pant and distressed hair. Justin showed off a heavy neck chain in silver bedazzlements in the mirror selfie.