Ever since singing sensation Katy Perry announced she was expecting, fans have been waiting to catch a glimpse of the former's baby bump diaries. On May 11, the Never Worn White singer shared an ultrasound video of her baby to celebrate Mother's Day. Interestingly, it was Katy's caption that caught all the eyeballs. She thought that her unborn daughter 'flipped the bird' at her in the ultrasound.

Katy thinks her baby 'flipped the bird' at her inside womb

On Monday night, Katy Perry took the Internet by storm after she shared an ultrasound visual of her little baby in her womb. The clip sees Katy Perry's unborn daughter's ecstatic moments in her tummy. However, Katy Perry hilariously captioned the clip saying, "when your unborn daughter gives you a middle finger from the womb you know you’re in for it #happymothersdaytome." Fans and renowned faces from the industry, in huge numbers, gushed to drop comments on Katy Perry's ultrasound video. Take a look. 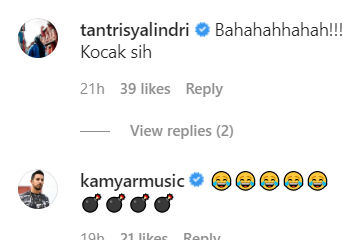 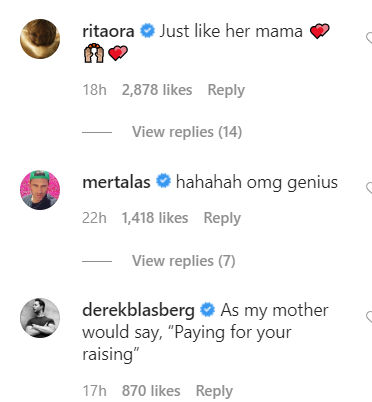 Meanwhile, Katy also shared an endearing video of fiance Orlando Bloom, in which the latter is seen gifting hand-picked flowers to the singer on the occasion of Mother's Day. The Hollywood actor presents Katy with the hand-made bouquet and his expressions are something you can't miss. Take a look. 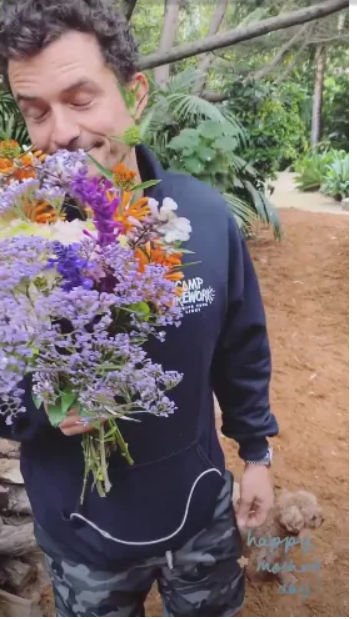 Earlier, the Roar singer took to her Instagram handle and shared several photos and a video of herself in her latest cosplay costume. Perry was dressed like a hand sanitiser and announced the first-ever ‘from-home’ episode of the music reality show titled American Idol. In the video, she said, “Hey, Katy Perry is here. Reminding you to stay safe, wash your hands and tune in to all new, like never before, episode of American Idol.” She captioned the video saying, “We at #AmericanIdol are keeping it both fresh and CLEAN! Tune in for the first-ever episode from our homes tonight at 8/7c on @abcnetwork. It’s up to you to narrow us down to our top ðŸ”Ÿ! And I’ll be going live on Facebook at 4:30 pm PT / 7:30 pm ET so we can catch up before the east coast broadcast!” Here is the video post:

Also Read |Did Taylor Swift hint towards a collab with Katy Perry in 'Daisies' with her new post?

PEOPLE HAVE PLEDGED SO FAR
LATEST NEWS
View all
7 hours ago
Taylor Swift calls out Donald Trump on Twitter, fans make it her most-liked tweet ever
10 hours ago
Gael Garcia Bernal, Nazanin Boniadi to star in historical drama People of the Book'
1 day ago
‘Training Day’ actor Denzel Washington helps homeless man as cops conduct a frisk search
7 hours ago
Taylor Swift's tweet addressing the President & other top tweets of the week
8 hours ago
Nick Jonas' week was all about mixed emotions; from celebrating love to mourning a death