Take a look at the times when Kendall Jenner slayed in daring pink outfits. Read more about her fashion choices

Kendall Jenner first became popular through select episodes of Keeping Up with The Kardashians. However, later the 24-year-old reality star made a name for herself in the modelling industry. Her New York and LA street style outfits are often papped by the media. Take a look at the times Kendall Jenner rocked in daring pink outfits.

ALSO READ| Kendall Jenner To Kylie Jenner: Celebs Who Have Rocked In Slit-dresses

This satin pink dress with exaggerated sleeves is both edgy and chic. Kendall Jenner has owned the look like a true boss.

ALSO READ| Kendall Jenner Opts For A Sheer, See-through Pant For A Day At The Beach; See Pics

Kendall Jenner was recently spotted wearing a floral pink bikini on her outing with her basketball player beau. She put together a cute outfit by donning a floral print bucket hat as well. She wrapped around a pink sarong before hitting the Miami streets. The pics were snapped by an entertainment portal.

She made her Met Gala debut in 2014 wearing this pastel blush coloured light pink outfit. She wore Chopard jewellery and carried a diamond-studded clutch. Her body-hugging mermaid dress hugs her body like a  glove. This regal look was much appreciated by the fashion police. 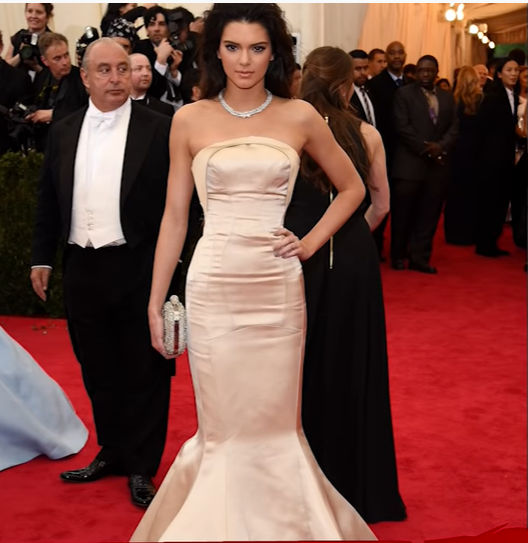 Here is a Valentine's Day outfit idea from Kendal Jenner for people who want to don a pink outfit for the V-day. She can be seen wearing a cute pink ruffle dress. Those who want to go for an adorable look can take a cue from the supermodel.

PEOPLE HAVE PLEDGED SO FAR
All the times Kendall Jenner was the sassiest one on 'Keeping Up With The Kardashians'
Fergie, Kylie Jenner, Kendall Jenner & more celeb-inspired outfits for Valentine's Day
Kendall Jenner opts for a sheer, see-through pant for a day at the beach; see pics
Kendall Jenner to Kylie Jenner: Celebs who have rocked in slit-dresses
'Frozen' fans upset with Neil DeGrasse Tyson for critiquing the film's inaccuracies?
Taylor Swift's stunning hair evolution; From blonde curls to short bob hairdo
Kylie Jenner and Jordyn Woods' friendship timeline and how it hit a rocky patch
DO NOT MISS
DELHI VIOLENCE TIMELINE
'DELHI VIOLENCE AN INTEL FAILURE'
IT MIN MEETS MICROSOFT CEO
AADITYA DEMANDS APOLOGY
INSPIRED OR COPIED?
CAT'S REACTION AMUSES TWITTER