Kim Kardashian is spending time in her home due to the ongoing pandemic. She is spending her time with her family by staying quarantined at her Hidden Hills home in Los Angeles. She is reportedly running errands and doing chores and is also sharing throwback pictures of herself and her kids. She recently shared a pic of her daughter Chicago, which seems like a childhood picture of Kim herself. Take a look at the posts here.

Kim Kardashian recently took to her Instagram to share a picture of her daughter Chicago West. In the picture, Chicago is seen sporting a black top and camouflage green shorts. She is seen playing with cubes and is seen making a tower of the cubes. Take a look at the post here.

Kim Kardashian in the post wrote about the best thing she did during the quarantine. She captioned the pic by writing "The best thing I’ve been doing is organizing all of the pictures in my phone and making folders for each of my children." After this post was shared many fans took to the comment section and wrote on how mother and daughter look so similar. One fan wrote, "She really looks so much like you!!! ðŸ¥°". Another fan wrote "splitting image of you Kim wowðŸ’˜" and "Your twin !!!! ðŸ˜ðŸ˜ðŸ˜ðŸ˜ðŸ˜ðŸ˜" 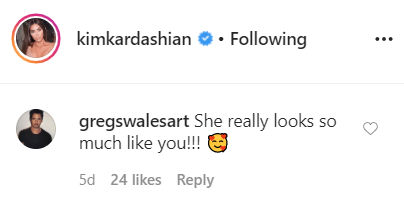 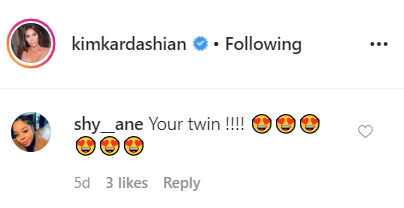 Read Also |Kim Kardashian To Kylie: Times When 'KUWTK' Sisters Had A Fashion Face-off With Each Other

Apart from this, Kim shared throwback pictures of her other children as well:

PEOPLE HAVE PLEDGED SO FAR
LATEST NEWS
View all
16 hours ago
Chrissy teigen's special moments with her kids will melt your heart, see pictures
13 hours ago
Ryan murphy's 'film twitter' aka 'glee reboot' stars brad pitt, timothee chalamet and more
16 hours ago
Helena bonham carter plays role of iphone in sam neill's quarantine short film; watch
4 hours ago
When nina dobrev revealed she did not like paul wesley when they started shoot for tvd
14 hours ago
Naomi campbell lounges amid roses as she posts a heartfelt thanks for birthday wishes