Kourtney Kardashian is an active social media user, who is often trolled on the internet. However, the media personality never backs off from replying them.

The Kardashians and the Jenners have been targets of online trolls several times. Be it for their outfits or their choices, they're often judged and trolled. However, there are instincts when these celebrities answer back to their trollers with the most savage replies, shutting down their haters. On such celebrity is Kourtney Kardashian who never lets these trollers reach or affect her, take a look at every time she clapped back at trolls with the most savage replies.

Times when Kourtney Kardashian clapped back at her trollers When people called her out for not working 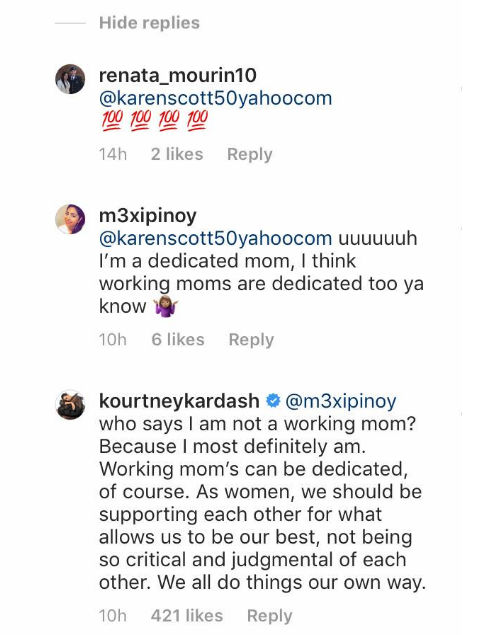 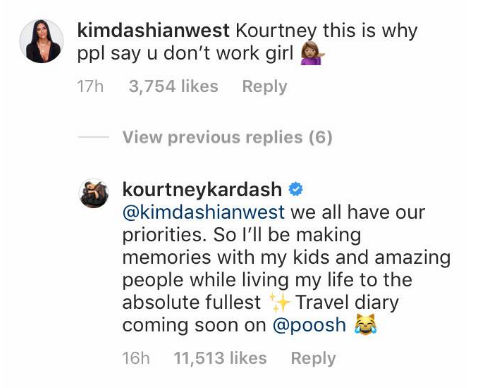 Also Read: Kourtney Kardashian Clarifies To A Fan Once Again That She Is Not Pregnant; Check Details

Also Read: Sargun Mehta Reveals She Created A Fake Account Just To Be Friends With An Actor; Read

Kourtney Kardashian had once posted a picture of herself sitting in a bathtub with a book to read. When she posted the picture, a lot of them trolled her that she has never really read a book in her entire life. To this, the model has a befitting reply as she said she graduated and that she knows the books she read.

Clapping back at body shamers

When Kourtney Kardashian posted a picture of herself in a bikini, mane went on to troll her for the bulge on her stomach. Many asked her if she was expecting another child, and if that is the reason she has put on weight. Kourtney Kardashian replied to those body shamers telling them she has given birth to three kids and despite that, has such an amazing body that she is proud of.

Also Read: Kourtney Kardashian's Adorable Photos With Her Kids Will Drive Away Your Mid-week Blues