Leonardo DiCaprio starrer 'Django Unchained' is a commercial success film released in the year 2012. Read ahead and check out some facts about the film 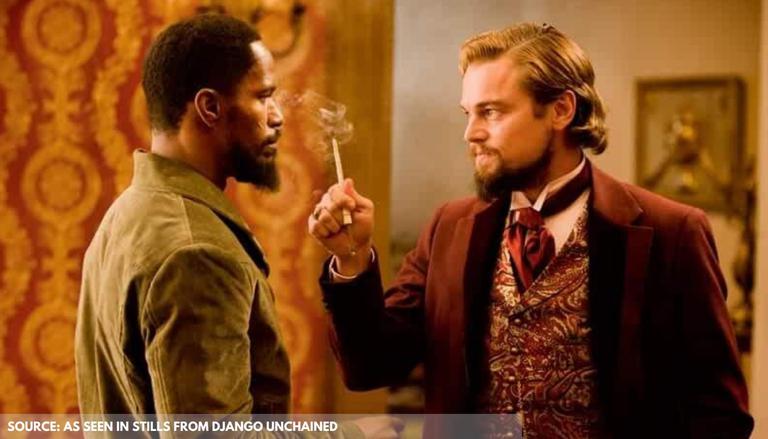 As reported by an international entertainment portal, Leonardo DiCaprio used his real blood for the Django Unchained's dinner table scene. He directly slit his hand while the cameras were rolling on the set and kept moving through the scene like a never defeating character. The scene made it into the final version of the film.

According to the portal, The Weinstein Company had confirmed this news with them. While filming the dinner scene, a real glass broke and caused Leo to bleed. When Calvin Candie (Leonardo DiCaprio) smacks his hand on the dinner table, he accidentally tramples on a small glass piece with his palm and begins to bleed. Talking about the iconic scene the producer Stacey Sher told an entertainment magazine that blood was dripping down his hand and still, he continued to be in his character. He kept going and was in such a zone. It was very intense and he required stitches, Stacey explained.

While shooting Django Unchained, Leonardo DiCaprio was injured twice. The first injury was the glass scene. The second injury was an accident. The hammer used during the dinner scene had broken and hit him in the head. For filming, he, then, handled a hammer that was made of foam.

According to the portal, Leonardo DiCaprio's brave attitude was loved by Quentin Tarantino. He admired Leo’s zeal and used this take in the film. Later, DiCaprio’s hand was bandaged and he took this repulsive scene up a notch and suggested to spread the blood on Kerry Washington’s face. Tarantino and Washington both liked this. So, Tarantino got some fake blood together, as added by the portal.

In the same interview, Stacey Sher also revealed that Leonardo DiCaprio and Quentin Tarantino were creative collaborators on the film to the extent that Tarantino used research provided by the actor. As per reports, Leo had found a book on physiognomy, a racist pseudo-science of the era, and according to the magazine, it inspired pieces of Tarantino's script. Their collaboration raised the stakes and made for an exciting atmosphere on set, Sher added.

Also Read | 'Kasautii Zindagii Kay 2' actor Erica on shooting from home: 'I get cues over call'