Madonna Reveals She Is Receiving ‘regenerative Treatment’ For A Missing Cartilage; See Pic

Madonna revealed in an Instagram post that she is receiving treatment for her missing cartilage after several injuries during her concerts. Read on.

Madonna was previously slammed by fans that she received a butt transplant after comparing photos of her from before and now. However, the singer has never renounced the rumours or even confirmed on it. However, the singer recently revealed that she is getting a regenerative treatment for her missing cartilage. The 61-year-old celebrity took to Instagram to post a series of skin showing pictures.

Also Read | Madonna Clarifies That She Contracted COVID During Paris Tour, Says 'I Thought It Was Flu'

In several posts, Madonna has revealed that she had suffered injuries while performing in concerts in her Madame X World Tour. The singer apparently, is missing cartilage in her knee, which has become a source of her discomfort. She shared two photos that showed her in a sultry outfit, one with a fishnet style v-neckline body-hugging suit and the second picture was a shot of her behind. One could clearly see, that Madonna is defeating all age boundaries in the two pictures. The singer posed while pouting for the first picture which was clicked from a top angle. Furthermore, the second picture showed her in a lace-style bikini.

During the tour, Madonna claimed to be ‘suffering from coronavirus’ as per a report. However, she downplayed it by calling it the flu. Madonna’s world tour right before the pandemic witnessed all kinds of high and low for the singer.

Check out the picture that Madonna shared on her Instagram

Madonna shared the revealing pictures of herself on Instagram. She wrote that she wants to jump again if she can once the treatment is successful. The caption that further informed the fans of her condition read, “Finally going to get my regenerative treatment for my missing cartilage!! I would be jumping up and down if I could after 8 months of being in pain! Wish me luck!” Many followers of the singer were all positive words for the singer. One fan wrote, “ Nothing but strength and love to you, Queen Mother!” One fan criticised the alleged implants that she had on her behind.

Madonna’s followers’ reaction regarding treatment is contradictory; check them out here 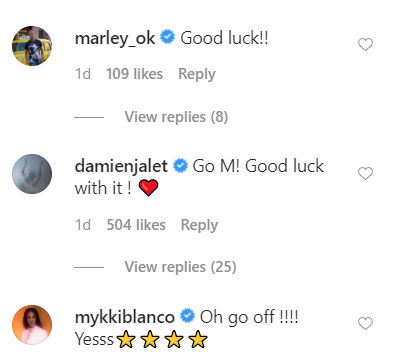