Dennis Rodman revealed in an interview that singer Madonna had offered him $20 million to impregnate her. Rodman and Madonna dated for about two months in 1994. 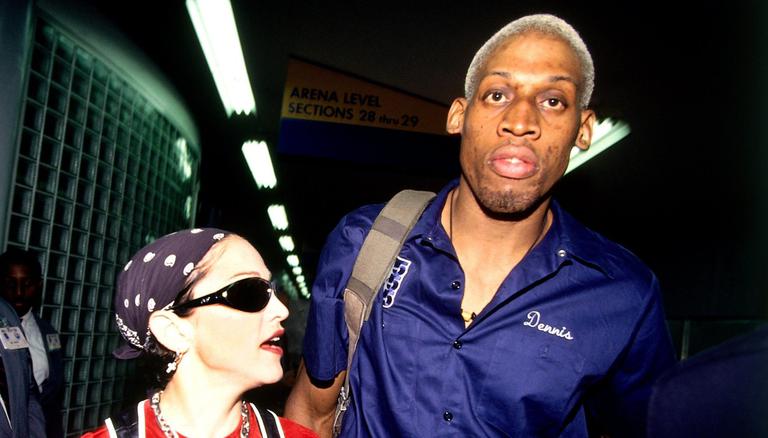 Former Chicago Bulls star Dennis Rodman was widely regarded as one of the most controversial stars in the NBA. Famous for being the 'Big Three' at Chicago Bulls alongside Michael Jordan and Scottie Pippen, Dennis Rodman's dating life was also highly speculated during his time in the NBA. One of the more bizarre stories from Rodman's personal life is when singer Madonna offered him $20 million to impregnate her.

Dennis Rodman himself revealed the incident during an interview with The Breakfast Club. Rodman said, "She (Madonna) said, ‘Dennis, you know that I’m ovulating.' I said, ‘What is that?’ I was trying to f*** with her, you know? I said, 'I'll be there in five hours," he added. Dennis Rodman then proceeded to state, "She asked me that if I got her pregnant, she’d pay me $20 million. That’s if the child was born.”

Dennis Rodman, who was gambling away in Las Vegas at the time of the incident, flew to New York City in a private jet that Madonna had arranged for him. After spending the night with the singer, Rodman said he flew back to Las Vegas to finish gambling. Rodman even explained the incident in his book Bad As I Wanna Be where he wrote, "She wanted to get pregnant really bad. She would send me faxes that said, ‘I really want to be with you, I miss you."

Dennis Rodman and his various celebrity flings dominated much of the headlines in the late 1990s. His relationship with the 'Material Girl' reportedly lasted about two months. In 1994, the duo featured in several cover magazines but the relationship did not last long. Apart from Madonna, Rodman also dated Carmen Electra, Vivica A. Fox and Lakers owner Jeanie Buss.