'Mamma Mia Here We Go Again' Cast: List Of All Actors And Their Characters In The Film

'Mamma Mia Here We Go Again' cast: Everything to know about all the actors and their characters in this musical romantic comedy film which released back in 2018 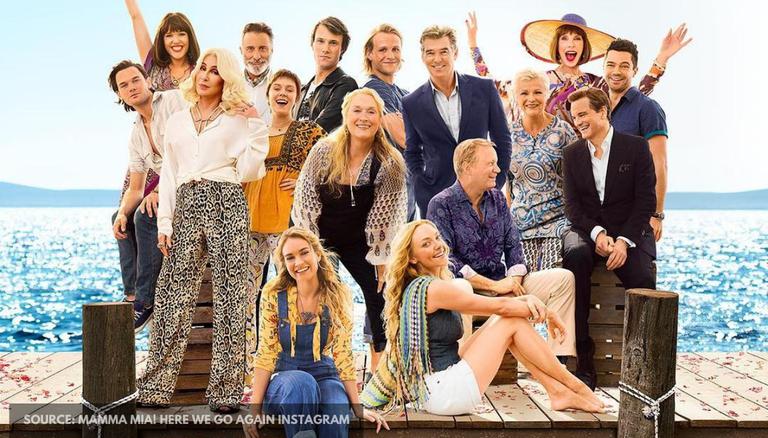 Also Read | Bridgerton Cast: A List Of All The Actors And The Roles They Play

Popular American singer-actor Amanda Seyfried played the role of Sophie Sheridan in Mamma Mia Here We Go Again. Amanda as Seyfriend played the daughter of Donna, granddaughter of Ruby, stepdaughter of Sam, wife of Sky and mother of Donny. The plot of this Ol Parker directorial majorly revolved around Sophie's character in the film.

Prolific actor Meryl Streep played the role of Donna Sheridan in this musical romantic comedy film. Meryl as Donna played the mother of Sophie, daughter of Ruby, late wife of Sam, mother-in-law of Sky and the grandmother of Donny. She is shown to be the founder of Donna and the Dynamos band in the film. English actor Lily James essayed the role of young Donna in the film.

AMC's Preacher actor Dominic Cooper played the role of Sky in Mamma Mia Here We Go Again. Dominic as Sky played the husband of Sophie, son-in-law of Donna, and father of Donny. Sophie is shown to have relationship trouble with Sky in the film.

Veteran American actor-singer Christine Baranski played the role of Tanya Chesham-Leigh in this 2018 film. Christine as Tanya played one of best friends of Donna and a former bandmate of Donna and the Dynamos. The role of young Tanya was essayed by Jessica Keenan Wynn in the film.

Also Read | 'Unpaused' Cast: A List Of The Actors And The Roles They Portray

Also Read | 'Run Raja Run' Cast: Here's A List Of Actors And The Characters They Play